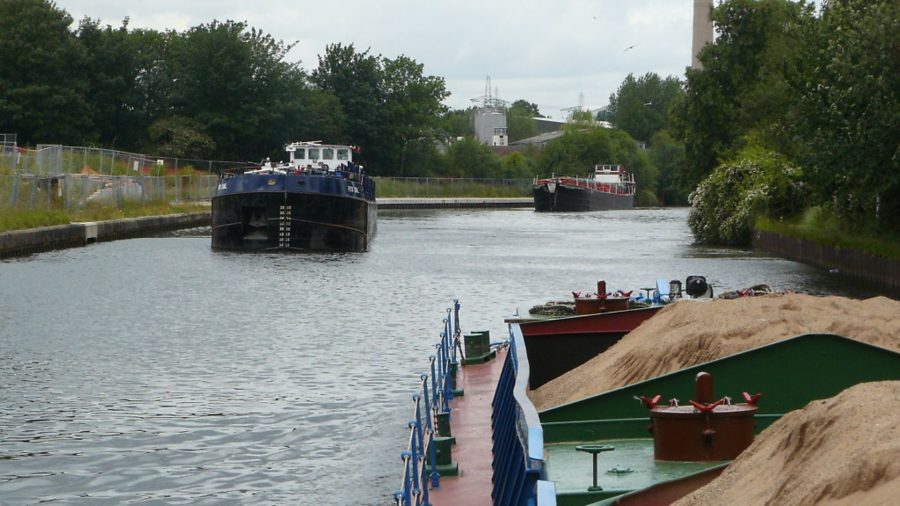 Following an eight week interruption to freight barge traffic on the Aire & Calder Navigation for investigation of fish deaths said to be caused by the barges’ propellers, the Canal & River Trust gave the go-ahead for the traffic to re-start in March.

The waterway which provides a high-capacity route (by UK standards) from the Humber to Leeds was busy with trade until the 1990s, but then the closing of coalmines and changes to gravel and oil traffics led to a rapid decline until there was no regular trade on most of the route. In recent years there have been signs of a revival with the re-start of a regular trade in sand, and plans to build a new freight terminal on the outskirts of Leeds. However reports of many fish deaths at Knottingley in late 2021 led to accusations by the Angling Trust that the Canal & River Trust showed “a lack of concern around the devastation that the barge is causing”, and to the suspension of freight operations in January.

CRT now says its analysis of silt and water from various sites during barge passages has “not identified anything which would explain the fish deaths”, and that the Trust believes that the cause may be large numbers of fish “shoaling together in lower winter temperatures” making them more at risk from propellers. Barge traffic has therefore been allowed to re-start, but at reduced speed and loading depth until extra dredging is complete.

This has not been enough to satisfy the Angling Trust, which said that “Having been instrumental in getting this ‘fish mincing’ barge suspended, pending proper trials and investigations, the Angling Trust is disappointed to hear that CRT is proposing to allow it to resume operations without providing us, local anglers, and the public with the evidence showing how future fish deaths will be avoided.”