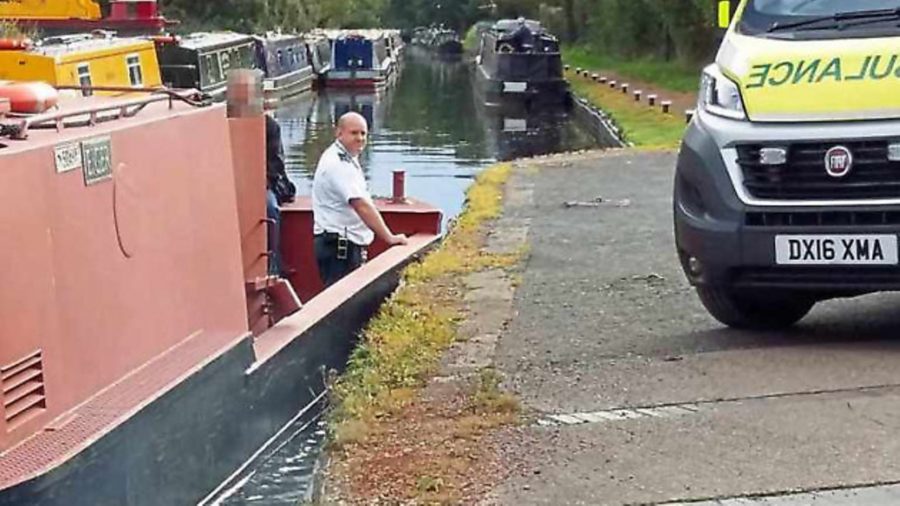 West Midlands Ambulance Service was called near Boggs Lock in Gailey last week to treat a narrowboater user who injured his leg on the Staff & Worcs.

Despite parking as close as they could, paramedics had to make a mile-long walk down the towpath while carrying all their equipment. How they would get their patient, thought to be in his 60s and unable to put weight on his leg, to the ambulance left them scratching their heads.

Luckily, Richard Gray of Birmingham and Midland Marine Services was working nearby so offered his boat, Eiger, as transport up the canal to where the ambulance could meet them.

A short and comfortable cruise later, the man was on his way to County Hospital in Stafford.

WMAS spokesman Jamie Arrowsmith said: “This was certainly one of the more unusual jobs for our staff to come across.

“Thanks go to Richard for his assistance in helping the patient on to the back of the ambulance as quickly as possible.”

Heritage Heroes comes to the Pocklington