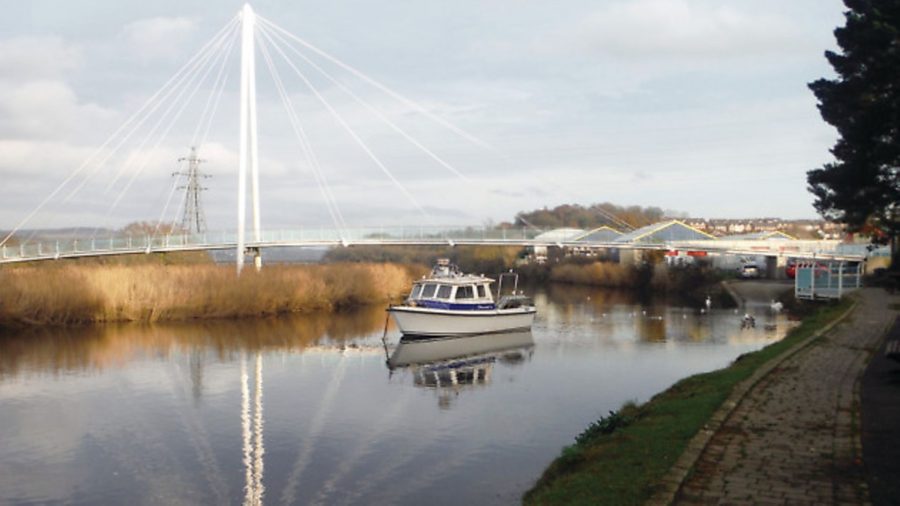 It might be short, but the Stover Canal is a surviving remnant of a unique transport system which once linked Dartmoor to the coast

The West Country’s waterways might not have the attraction of being part of a national navigable network, or even (in most cases) surviving as navigations at all. But their heritage gives them a fascination all of their own: the ingenious vertical boat lifts of the Grand Western, the inclined planes of the Bude Canal, and the many different (and ultimately unsuccessful) attempts to link the Bristol Channel to the English Channel.

The Stover Canal, however, lacks any of these grand ideas, and at just under two miles long with five locks, you might be forgiven for wondering what the attraction of restoring this unremarkable former local transport route might be. Until, that is, you take a more detailed look – and realise that this is actually one of the most fascinating of these sometimes obscure western waterways.

And the best way to take a more detailed look at the canal, and at what the Stover Canal Society has been doing to restore it, is to follow it on foot via the Templer Way. It makes for a good weekend’s walk, or can be easily broken down into several shorter walks – and even a series of circular walks, returning via alternative routes.

“A weekend’s walk?” I hear you ask, “But I thought you said it was less than two miles long.” Well, yes, I did – and that brings us straight away to one of the most important features of the Stover Canal’s interesting history. The canal itself was short, but it formed the central link of a chain of transport routes reaching for 18 miles from coast at Teignmouth to the heights of Dartmoor.

So the Templer Way begins at Teignmouth, where cargoes of clay and stone coming down the canal were transhipped from barges to coastal ships – and as canal walks go, it starts with a most unusual feature: a ferry ride. England’s oldest passenger ferry, which traces its history back to 1296, is now operated by a pair of open boats running between Teignmouth and Shaldon every day (except Christmas Day and New Year’s day). See teignmouthshaldonferry.co.uk for hours of operation.

From Shaldon the Templer Way follows the south side of the Teign for four miles. It’s a wide estuary, and until a tug took over in the late 19th Century the canal barges travelled under sail power, with ‘Viking ship style’ square sails, rather than the fore-and-aft rig seen on the Thames sailing barge and many other inland sailing cargo craft. Incidentally if you’re planning to walk this part of the Way, you’re advised to check up on tide times and avoid high water…

On the approach to Newton Abbot, the estuary narrows down and then splits into several tidal channels as it passes through the north side of the town. Street names such as Quay Road and Wharf Road indicate that craft once tied up on more than one of these channels – and there is still a quay used by seagoing leisure craft. The Whitelake Channel is the one that we are interested in, as it led (indeed, still leads, if you’re in a small craft) to the start of the Stover Canal. For those on foot, the Templer Way crosses the Whitelake Channel via the A383 bridge, diverges from the right bank to pass through a nature reserve, then rejoins the channel close to where a narrows containing the remains of a set of lock gates can still be seen.

Although it looks like a single pair of flood gates or stop gates, this is actually the bottom of Jetty Marsh Locks, a staircase pair forming the start of the canal – but the middle and upper gates were some distance away, the enlarged lower chamber forming a kind of basin (with bollards still in situ today) where barges would wait for the tide. Look across to the far side of the narrows, and you may make out an inscription in the stonework: GEO TEMPLER ESQR 1824.

This seems as good a point as any to introduce the Templers and their links with the waterway. James Templer, who had inherited an estate from his father (also James, who had made money from building docks in Plymouth and Rotherhithe), built the canal at his own expense in the 1790s to serve the developing ball clay quarrying industry.

James Templer died in 1813, and the estate passed to his son George, who rebuilt the originally turf-sided locks at Jetty Marsh in the 1820s – hence the inscription. George Templer developed a second trade, the carriage of granite from Dartmoor (we’ll see later how it was brought down to the canal) which kept the canal busy until the late 1850s.

Sadly George was less careful with his money than his father (a contemporary account mentions his “generosity and unbounded hospitality”), had to sell most of the family estate including the canal, and ended up working as the granite company’s agent. Once the granite trade had ended, the remaining clay traffic dwindled, and finally ended in 1937 with the canal abandoned six years later by its then owners the Great Western Railway.

You’ll see nothing of Jetty Marsh upper lock today – it disappeared when a bridge carrying a currently out-of-use railway line over the canal was rebuilt as a small culvert in the 1970s – but the towpath has been diverted through an adjacent span and continues alongside a well-preserved canal channel heading north. The Canal Society has put a great deal of effort into reinstating and improving the towpath in recent years – having spent its first decade in long-running (and eventually successful) negotiations for a lease with the GWR’s successors Railtrack and then Network Rail.

Just over half a mile north of Jetty Marsh was the next lock: Teignbridge. A turf-sided (later timber-lined) structure with a rise of only six inches, there is little or nothing to be seen of it. But the adjacent road bridge, the only original bridge surviving on the canal, is in good condition, and intriguingly carries carved heads of Neptune (complete with trident) on the keystone of one side, and a goat on the other. This was a centre of the clay industry, with clay sheds (used for storing clay and keeping it dry) lining the canal, and for much of the canal’s life was the limit of trade, with the length above falling out of use.

So far we haven’t seen much evidence of actual canal restoration work, but that changes almost half a mile further north at Graving Dock Lock. This remarkable structure has been a focus of attention for the Trust in recent years, backed up by support from week-long summer Waterway Recovery Group volunteer canal camps. So what’s remarkable about it? Mainly the fact that after trade ceased north of Teignbridge and this section was no longer needed for navigation, the lock was adapted into a dry dock by cutting out one side and building a barge-sized ‘shelf’. Possibly unique (there’s something similar on the Monmouthshire Canal, but its function is as yet unconfirmed), the structure has now been completely restored. It even boasts the remains of a gate, showing clearly that the balance beams were basically untrimmed tree trunks.

Despite having seen no trade for 150 years the channel north of there is still in good condition as it was retained for water supply, and includes the final lock, Teigngrace. While lacking anything remarkable, it does still retain the remains of lock gates (including remnants of the basic paddle gear which lacked any gearing, being levered up with a metal bar), and its chamber is twice as long as Graving Dock Lock, being intended to take two boats at once. The stone chamber itself is in decent condition considering how long it’s been abandoned.

A final length leads to Ventiford Basin, the canal’s terminus, and the other main focus of recent restoration work. The stone-lined basin walls have seen repair work, the remains of a sunken barge excavated as an archaeological exercise, and a century’s worth of silt removed. More is planned for this year with another two weeks of WRG Canal Camps, the work including reinstating, re-setting and repointing the granite blocks which form the canal walls.

But the excavation at Ventiford has also shown up an unexpected survivor: twin rows of granite blocks can be seen running alongside the canal, and dividing into further rows of stone. Anyone who has visited Bugsworth Basin might identify them as the stone sleeper blocks which supported the rails on many early horse-tramways.

And they’d be almost but not quite right. In this case, the stone blocks didn’t just support the rails, they actually were the rails. These are the sidings at the lower end of the Haytor Granite Tramway, which instead of iron (which wasn’t easily available locally), used twin rows of shaped stones to make the two grooves in which the wagon wheels of the trains ran. It’s unique (there’s something similar but not quite the same near Doncaster), and it was built by George Templer as the topmost link in the transport chain reaching to his quarries on Dartmoor.

The Tramway lasted until the end of the granite trade in 1858, following which the canal was sold to a railway company, which kept the canal open but used the lower part of the tramway’s route for part of its new line. The rest was just forgotten – including these lengths at Ventiford whose survival was until recently unsuspected.

The Templer Way continues beyond Ventiford, following footpaths, country lanes, and lengths of the tramway where possible, as it climbs onto the moorlands. Follow its 1300ft climb, and imagine the trains of eight empty wagons hauled uphill by a team of 16 horses, or the full loads of granite rattling downhill on the bumpy stone ‘rails’ with just a single wooden brake pole rubbing against the wheels to check their speed. If you make it up onto the moors, there are miles of ‘rails’ still in situ, complete with points, crossing, and sidings leading to some half a dozen different quarry sites.

George Templer’s “generosity and unbounded hospitality” might have cost him his estate, but he’s bequeathed us a fascinating trail leading from here right back to the estuary and to Teignmouth – with the Stover Canal restoration at its heart.