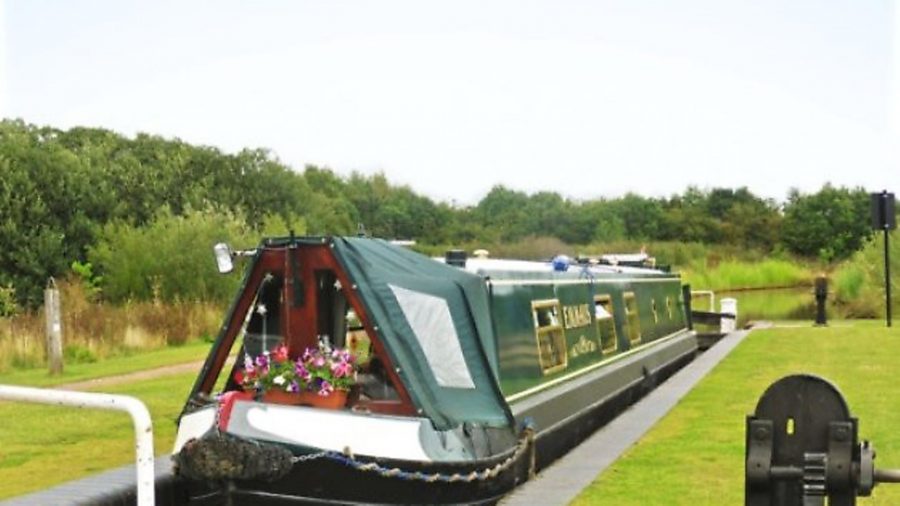 During a holiday to the UK, an Australian couple spotted a few canal boats and fell in love – but could they make their dream come true and own their own narrowboat?

Carolyn Easdale tells us about her long-distance dream…

Twenty-two years in the making, ten years in the planning and now we have purchased our very own boat – the realisation of a long term and certainly a long-distance dream. Wanting to purchase our own narrowboat when we live 11,000 miles from the nearest narrow canal seemed rather absurd to us, and ‘crazy’ to some of our Australian friends.

The embryo for this unusual plan was first hatched back in 1993, when my husband Steve and I were on our first ever trip to Europe and the UK. It was the ‘trip of a lifetime’ and given the distance and cost, we weren’t sure if we would ever be back.

Among the blur of 20 different countries in just over a month, we took time out for a long walk along the beautiful River Avon in Bath. It was here that we saw canal boats for the very first time and fell instantly and hopelessly in love.

I was envious of the owners as they sat on their sterns in the sunshine sipping wine before preparing their dinners. There and then, we decided we had to come back to the UK and hire a canal boat one day but, at that early stage, we never imagined that we would ever be owners. We returned in 1998 for our first hire experience and, over the next 17 years, we hired a number of times, sometimes for several weeks, as we explored more of the canal network and fell more and more in love.

This love grew in spite of a few adventures. In our very first days, we had difficulty working out how to actually stop the boat as opposed to slowing down, leaping and hoping for the best. I had a panic attack sailing through my very first lock.

After Steve drove through our first flight of 12 at Bosley, I quickly decided that locks require muscles, a job much more suited to men, so I needed to learn to drive and learn fast. I had my ‘nervous moment’ as I waited to descend that first lock – I waved my arms around, squealed like a child and decided it would be best to abandon ship and leave the boat to its own devices! Luckily, a nearby lady driver heard my squeals of terror, came over and told me “women can do anything”! That was all I needed, along with a few friendly tips and I was off. Now I have more than 700 locks under my belt and have never felt the urge to abandon ship again.

We have also been ‘stuck’ a few times in awkward places. We found we had a duvet stuck around our propeller just as we entered the lovely Ashby canal and without power we blocked the entire intersection. We were rescued by a friendly stranger in a fibreglass cruiser with a hacksaw.

Another time we became wedged in the public moorings at Loughborough and were again rescued by a friendly stranger in a GRP cruiser, this time armed with a towrope. As you can imagine, we now never refer to fibreglass boats as ‘Tupperware’.

We also created some interest more recently when we missed a good overnight mooring at Kilby then realised that there was no winding area. Steve decided to reverse 750ft to the missed spot but, as we all know, there is not a lot of steering going on in reverse on a narrowboat, That 750ft felt more like 750 miles. We managed it without crashing into anything and created some pre-dinner entertainment for the locals.

But none of these incidents were enough to put us off. We have had so many wonderful experiences: squeezing up the Llangollen to Wales; gliding across the amazing Pontcysyllte aqueduct 126ft above the river below; being carried up and down the Anderton Boat Lift to experience the River Weaver; spending Easter in Bancroft basin in Stratford-upon-Avon with hundreds of tourists; being dwarfed by the imposing walls of the city of Chester; trying to outrun whole trees as we sailed down the fast-moving Severn towards the safety of the lock at Gloucester; conquering the very difficult Hatton 21 at Warwick four times now; and staying several times at the incredibly atmospheric Kingswood Junction at Lapworth.

By 2005, now hopelessly addicted, we hatched the serious ten-year plan to buy our own boat. We did our saving, and rearranged our financial, work and housing arrangements over that period to make it happen. Many happy hours were spent trawling advertisements and doing our research. We were pretty sure we knew what we wanted and tried different sizes of boats when hiring just to be sure. We had booked our flights to arrive in the UK in mid-June 2015 and had accommodation and a hire car booked for four weeks only. If we didn’t find a boat and move onto it in that time, it was going to be a bench in the park.

When we touched down, we had eight boats on our short list. All were second-hand, between 57 and 60ft, cruiser stern, non-reverse layout with Pullman style dining tables. Amazingly, the first one we inspected was the one we bought, but we checked most of the others to be sure.

Within our allocated four weeks, nb Emmaus was ours and we were off and cruising from north of Leicester on the River Soar where she was located to our winter marina at Droitwich Spa. We allowed five weeks to do this and had a wonderful time.

It is so exciting to finally have our own boat. We love the way you don’t have to rush to return the boat to the hire yard by a set time. We can’t wait to come back for summer 2016 and as many summers after that as we can manage, to enjoy our lovely boat and the gorgeous canals of England again. So look out for us with our Aussie flag on the back and ‘Kangaroos for the next 14 kms’ sign in the window!

Thank you Carolyn for sending in your story.

Now it’s your turn to tell us about the boats in your life. If you would like to be featured in Me & My Boats in a future issue of Canal Boat magazine, send your story (about 1,000 words) and photographs (don’t worry, we’ll return them!) to editor@canalboat.co.uk. If it’s used, you’ll also win £100!