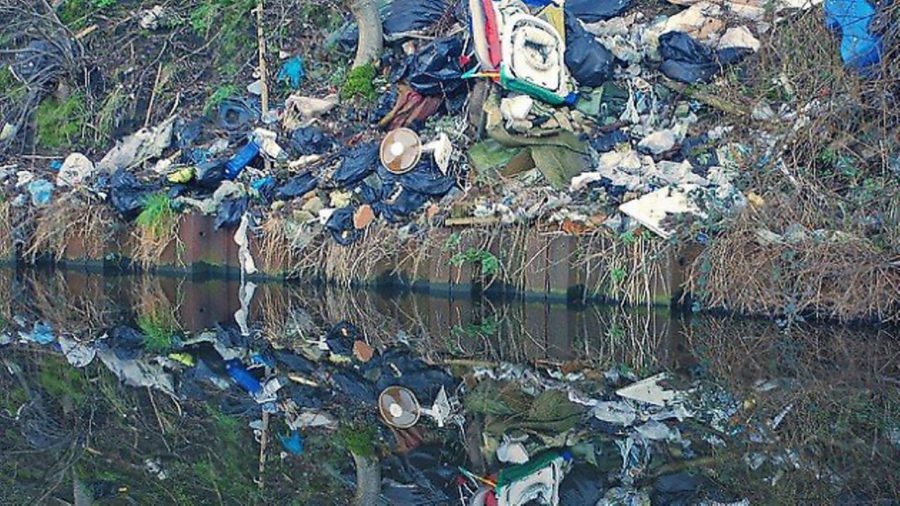 Dumping of waste near, or even in, canals is on the rise. Household rubbish, hundreds of car tyres, traffic cones and fence panels are regularly found at waterways in the West Midlands.

In one area, harmful corrosive chemicals were poured onto the towpath.

The waste poses a danger not only to visitors to canals but the wildlife, such as otters, water voles and kingfishers.

The Canal & River Trust, who are appealing to people to report fly tipping in Birmingham and the Black Country, have spent more than £100,000 clearing up rubbish in the last year.

“Enough is enough, this rubbish is someone else’s legal responsibility,” said Samantha Bucknall of the CRT.

“With help from the local community we can put an end to this dangerous and irresponsible activity, which damages the local environment, prevents people from being able to enjoy their local waterways and wastes money which could otherwise be spent improving canals in the area.”

Fly tipping is a criminal offence, which can result in an unlimited fine and up to five years in prison.

High Court action against the CRT