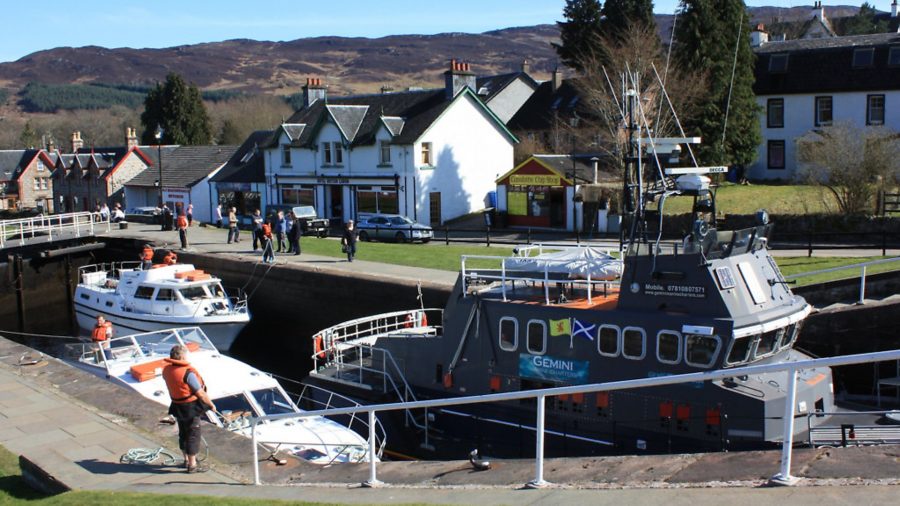 An extra £5.35m announced by Transport Scotland will pay for repairs to immediate problems plaguing Scotland’s canals – and could go some way to staving-off the more worrying scenarios identified in navigation authority Scottish Canals’ 2018’s Asset Management Strategy, which included possible permanent closure of parts of the Lowland canals.

The new cash comes on top of £1.625m announced by First Minister Nicola Sturgeon in June in response to indefinite closures of two liftbridges on the Forth & Clyde Canal (now set to be lifted in April 2019) – and the £11m of SC’s regular annual funding grant. It will pay for outstanding repairs including new gates for Fort Augustus, Kytra and Cullochy locks on the Caledonian Canal, plus four sets of lock gates on the Forth & Clyde. Perhaps more importantly, it will also support projects with an impact on long-term sustainability:

• A review of remote operations for the two Forth & Clyde liftbridges, which currently require keeper operation

• New dredging equipment for channel improvement across the network.

However with the Strategy having put the annual shortfall at around £6m compared to what it would take to keep the system in a ‘steady state’ good condition, it would appear that something like this level of extra money would be needed on a regular basis to secure the system’s future.