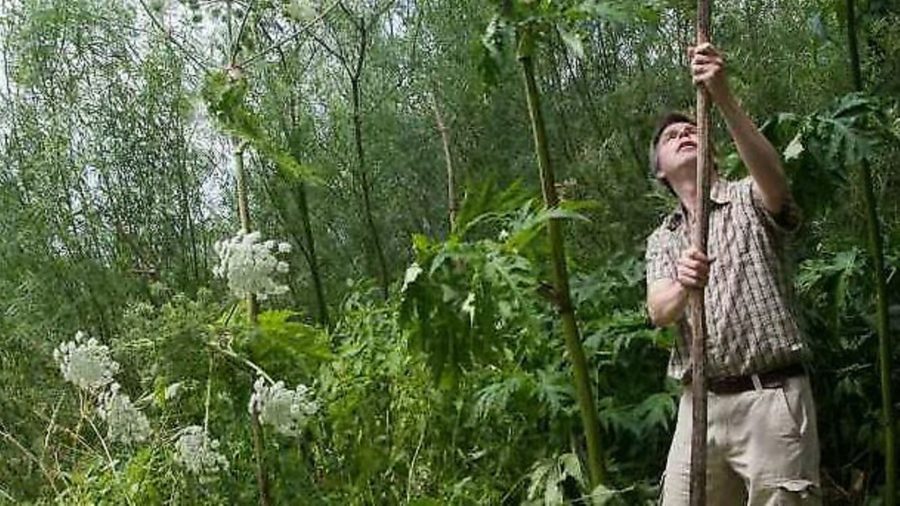 Following several high-profile cases of children suffering serious skin burns from giant hogweed, the public are being warned to avoid contact with the plant, which often grows alongside waterways.

Recognisable when fully-grown by its five-metre height, large umbrella-shaped flower heads, and 2in to 4in thick stems, it is less obvious when immature when it can resemble harmless cow parsley.

It is a rare example of a phototoxic plant: in combination with bright sunshine the chemicals in its sap can cause painful blistering and sores, sometimes requiring hospital treatment.

Since it was introduced as a garden plant in the 19th Century, it has escaped and spread widely. It is not only harmful to people but also prevents native waterside plants from growing, which can result in bank erosion.