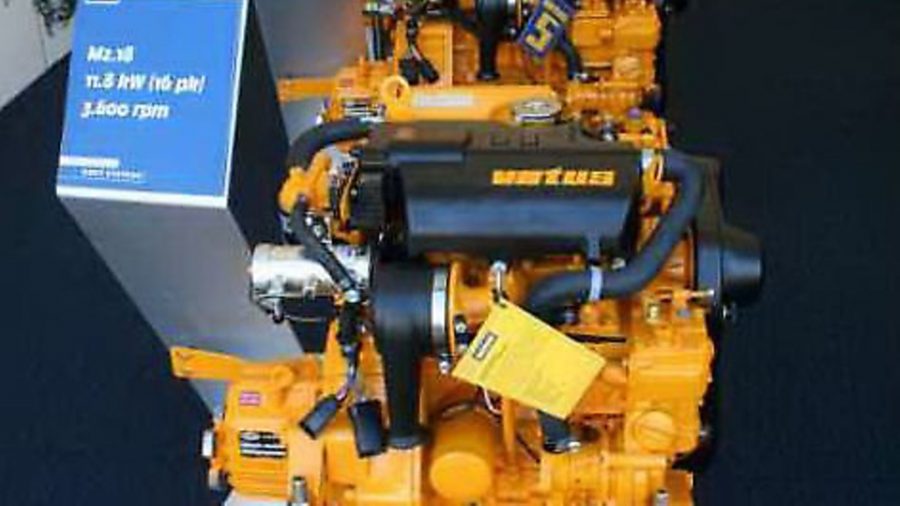 but this year Vetus launched a revised range of five new engines in the UK – and they are not a rebadging, renaming job.

Among a host of changes, the new M-Line engines – which range from 13-45hp with a 56hp due soon – have an innovative water-cooled top cover for more efficient and quieter running, a new air filter housing also to cut engine noise, and a new front cover for the drive belts.

The black, water-cooled aluminium top cover (which usefully also acts as a step down into the engine) should reduce running temperature by up to 15C at full load so improving performance as well as helping to make the engine quieter – Vetus says the new engines show a noise reduction of 5dB(A) and should be “near silent” at cruising speed.

Other new features are easy accessibility of service items, an electric fuel pump as standard, improved wiring for easy connection and safety, and an option for front mounted oil and fuel filters.

Vetus told us there was no price rise for the new engines and their enhancements over the previous range because part of the design brief was for the new units to be cost neutral.