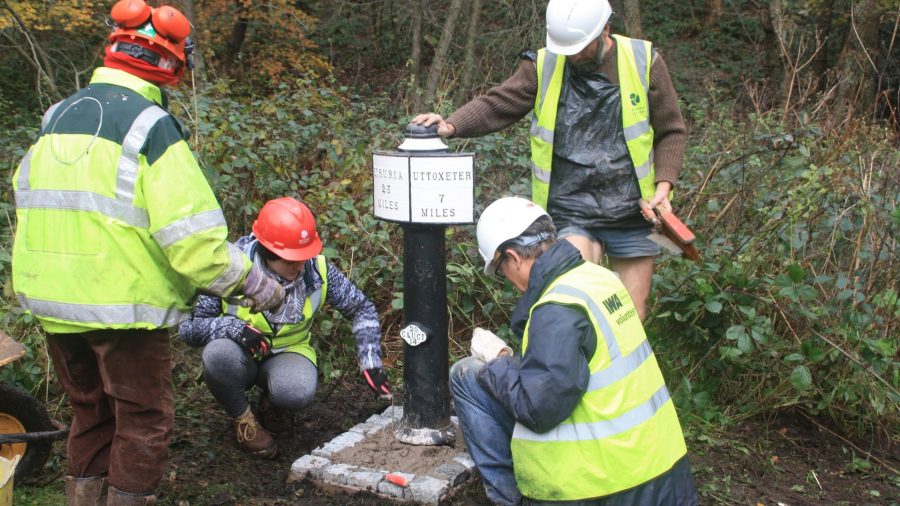 STOP PRESS: We’ve just heard the great news that the much-delayed decision on the planning application has been made on 9 September, and the application to build houses on the canal route has been unanimously rejected by Staffordshire Moorlands District Council’s Planning Committee!

Original article (published March 9) is below
Waterways supporters are being urged to register their objections to a planning application for a Staffordshire housing development which would, if it goes ahead, stop the Uttoxeter Canal restoration project in its tracks.

The Uttoxeter Canal, an extension of the Caldon Canal which ran from the Caldon’s terminus at Froghall down the scenic Churnet Valley to Uttoxeter, was an early casualty of the railway era, having been closed in 1849 to make way for a railway line. But despite this, the Caldon & Uttoxeter Canal Trust (CUCT) has made plans for its reopening, commissioned studies demonstration that it is feasible and would be beneficial to the area, carried on work including restoring the first lock at Froghall and a traditional stone bridge at Crumpwood, and raised funding from the Lottery, local authorities and European grants.

However, despite preservation of the canal’s route being incorporated into planning policies for the area, developers have now applied to build 48 new homes on the canal’s route in Froghall. The development site includes the buried remains of three canal locks, and construction of the houses would not only prevent them being restored, but block any other feasible route for a restored canal through the area, leading to the demise of the entire restoration scheme.

CUCT Chair Steve Wood said it was “hugely disappointing” that the Trust found itself having to oppose a proposal which could have provided an opportunity to uncover the canal for future restoration, adding that the Uttoxeter was “a uniquely important waterway” which despite its many years of closure is “surprisingly well preserved due to its very remote route through the Churnet Valley”, with locks surviving “exactly as they would have been in the middle of the 19th Century”.

The Trust is encouraging waterways supporters to respond objecting to the plans via the Staffordshire Moorlands District Council website at by the closing date of 17 March.