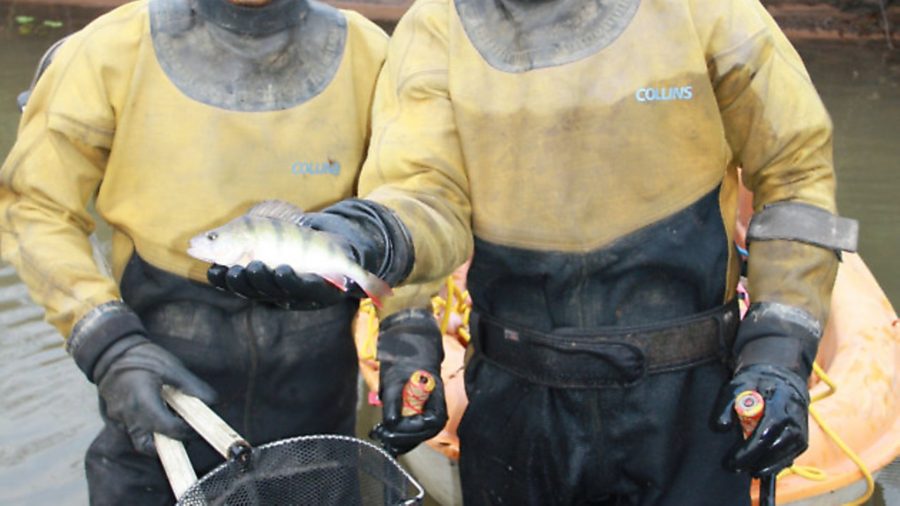 A fish rescue is seen in progress as the Trent & Mersey Canal is drained at Dutton, following the discovery of a serious leak which will keep the canal closed until spring.

Initial investigations revealed that a hole one metre across had opened up in the canal bed. However the Canal & River Trust’s engineers told Canal Boat that despite the proximity to the site of a breach in 2012 which shut the canal for eight months, the problem this time was with the uphill bank of the canal and so there was no chance of a major burst.

Notwithstanding this reassurance, the time taken to reopen the canal will not be known for certain until investigations into the cause of the problems have been completed. Work began on site in the first week of January, and depending on how well it goes, CRT is hopeful that for a reopening in early spring.