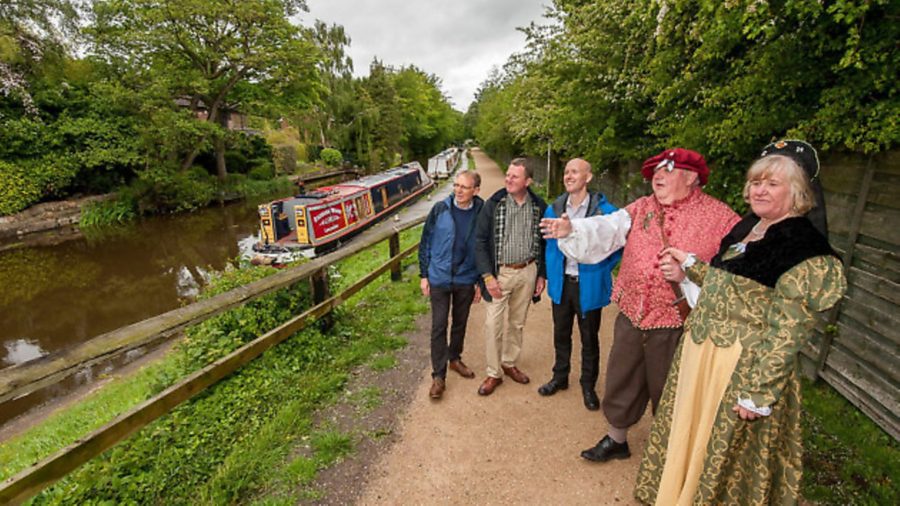 To mark the completion of a £197,000 towpath upgrade on the Rufford Branch of the Leeds & Liverpool Canal, ‘Lord and Lady Hesketh’ were on hand in full Tudor costume to welcome visitors.

The improvements, funded by local authorities, have created a better quality walking and cycling route between Rufford railway station and the Grade 1 listed Rufford Old Hall. Until it was given to the National Trust in 1936, the hall had been the family seat of the Heskeths for 400 years – and it is reputed to still be haunted by a one of them.

This was just one of several recently completed towpath upgrade projects which also include a mile of the Montgomery Canal near Carrefhoga; half a mile of the Grand Union towpath through Berkhamsted; and the final length of the River Weaver all-weather towpath from Winsford to Northwich. Meanwhile elsewhere on the Leeds & Liverpool, the upgraded towpath cycling and walking route from Leeds to Bingley has been shortlisted by SusTrans in a vote for the most popular short cycling route.