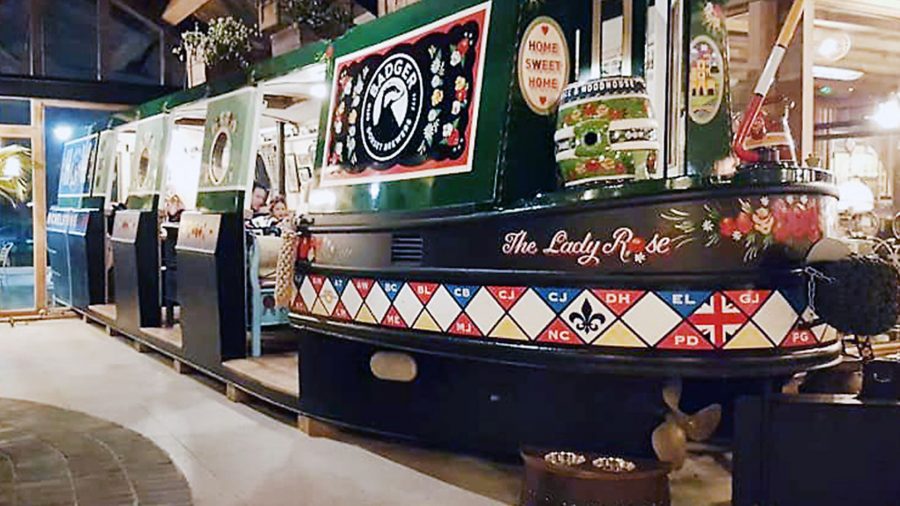 The pub on the Wilts & Berks Canal has an unusual feature: a newly-built narrowboat with cosy seating inside

The country’s waterways already boast several examples of a pub inside a boat, but this newly opened hostelry in Swindon puts it the other way round, with a boat inside the pub!

The Hall & Woodhouse is a large modern pub created alongside a restored length of the Wilts & Berks Canal, and a unique feature is a genuine newly-built narrowboat hull, with cut-outs along one side of it to enable drinkers and diners to get to the cosy seating areas inside it. Another novelty is that there are touchscreen operated beer taps inside the boat, so you can serve yourself. The pub décor features canal memorabilia, and there is a waterside terrace.

The pub is part of the Wichelstowe expansion area on the south side of Swindon, which has already seen the creation of a length of new canal (needed to replace lengths of the original east-west route which have disappeared under the town) as part of the housing development, with more such plans on the way.