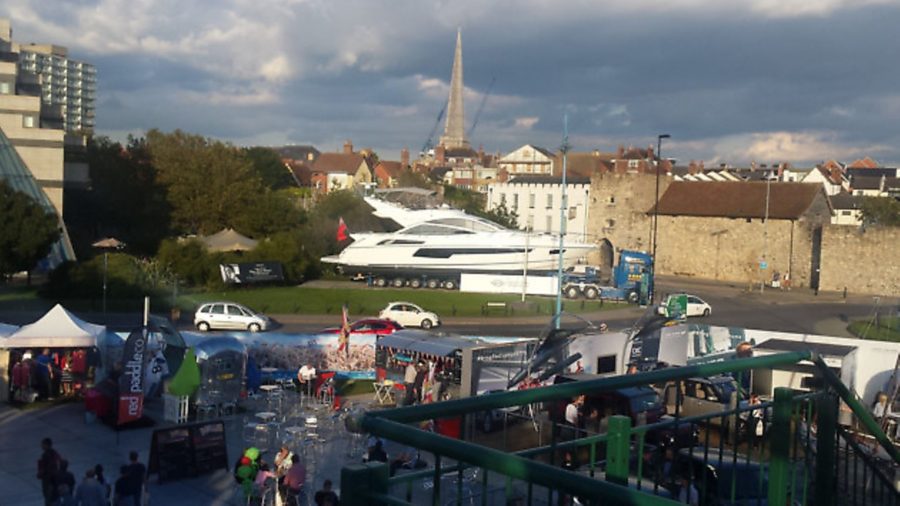 You might wonder how the inland waterways link to the Southampton Boat Show, but you only have to go once to see just how connected the two are.

While many of the incredible cruisers and yachts would be in unfamiliar surroundings on the canals, digging a little deeper at the show soon reveals the crossover with the inland waterways.

In addition to more common inland waterways names such as Vetus, Beta, Mastervolt, Webasto and Eberspacher, we found others who would be equally at home at the Crick Boat Show.

Exhibitors like Calibra Marine who were displaying a lightweight anchor and high quality light fittings, Yacht Surfer showing Superfast internet connections and Maxmon who had a low cost security system.

Then there was beds on board who were offering getaways with a difference, while Black Bear Boating had come up with an odourless toilet (we reckoned that was a pretty good idea).

This year some 110,000 visitors toured the 700 exhibitors on the water, in the park and in the marquees, and strong sales were reported throughout the show’s duration, with many companies reporting an increase on last year’s sales figures – perhaps an indication that the boating economy really is starting to pick up.