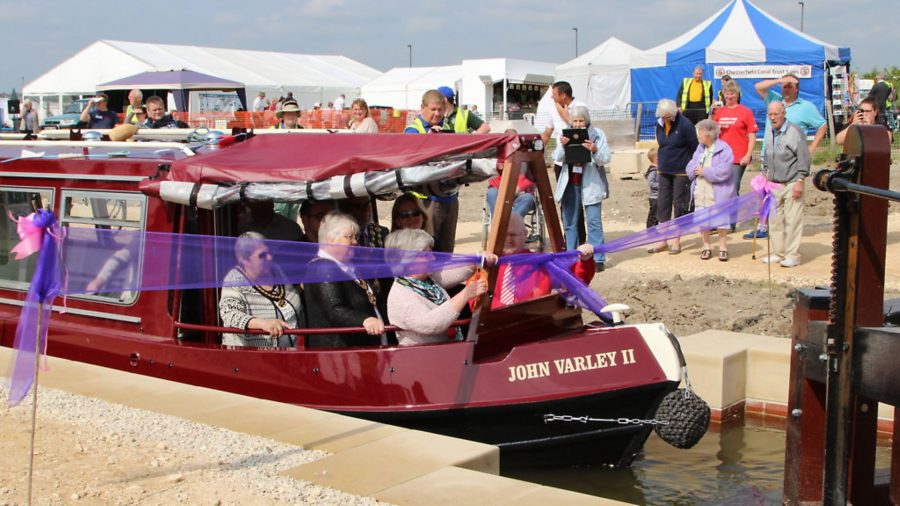 How will the new HS2 high speed railway affect the Trent & Mersey Canal?

Four obtrusive new railway bridges over the Trent & Mersey Canal in the space of 3km, a 100 metre long ‘tunnel-like’ new bridge over the picturesque Middlewich Branch, and crossings of disused canals offering insufficient provision for future restoration are among the issues causing the Canal & River Trust ‘serious concerns’ about the new HS2 high speed railway.

The route for the initial phase of the railway from London to the Midlands having been decided, a consultation has been taking place into a number of options for modifying the second phase of the new line, which will link the midlands to the North-West and Yorkshire. In its response, CRT (the authority for most of the country’s canals) has highlighted ‘key issues that could have a serious and adverse effect on parts of the canal network’ – but also made proposals to reduce the damage:

A train depot near Crewe that involves a four-track ‘tunnel-like’ crossing would have a ‘severe adverse impact’ on the Shropshire Union Middlewich Branch – but it would be possible to move the depot, or to redesign the approaches, reducing the number of tracks to two. Three rail crossings (up to 12m high) in 3km of the Trent & Mersey near Northwich could be reduced to just one, if HS2 reverts to its original plan.

A major threat to the Chesterfield Canal restoration between Staveley and Killamarsh looks likely to be avoided by a diversion of the railway (proposed as a modification to the way that it will serve Sheffield), but still leaves doubts about how new rail tracks would safeguard the restoration where they cross the canal at Staveley (pictured during the opening of the new Town Lock last year) and Norwood. And a crossing of the Ashby northern reaches (also under restoration) near Measham, at a height which would make reopening impossible, could be dealt with by a canal diversion when the railway is built.

Meanwhile national campaign body the Inland Waterways Association has also replied to the consultation, picking up on the same issues as CRT, and in addition an obtrusive 20m high embankment by the Trent & Mersey and a high-level crossing of the Erewash Canal, both of which could be reduced in height.

The final decision on the route is expected later this year.