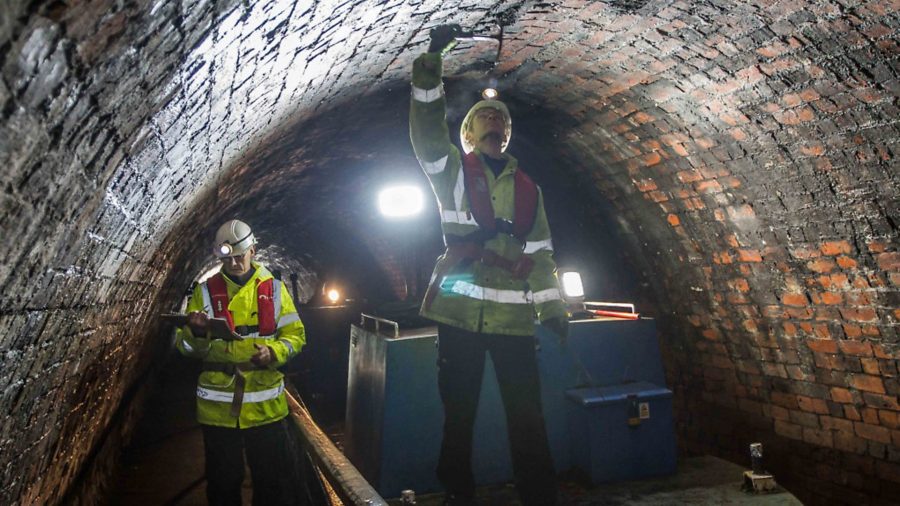 The Llangollen Canal’s Chirk Tunnel is inspected every three years

Engineers are pictured examining and recording the state of the Llangollen Canal’s Chirk Tunnel using traditional methods – a hammer and a notepad and pen. The work formed part of the Canal & River Trust’s three-yearly ‘Principal Inspection’ of the 421-metre 212-year-old bore, the longest of the four navigable tunnels in Wales.

The specialist engineers were checking the entire tunnel (which was built from over a million bricks) for any leaks, cracks, damaged brickwork and other changes that have occurred since the previous inspection, in order to determine whether any repairs are needed.

Work is now under way across the canal network on the Trust’s £38m winter maintenance programme. To find details of closures (which run until 16 March, but with a break from 16 Dec to 1 Jan) and also this winter’s series of public open days at work sites (featuring a ‘pop-up museum’ this year), see canalrivertrust.org.uk.