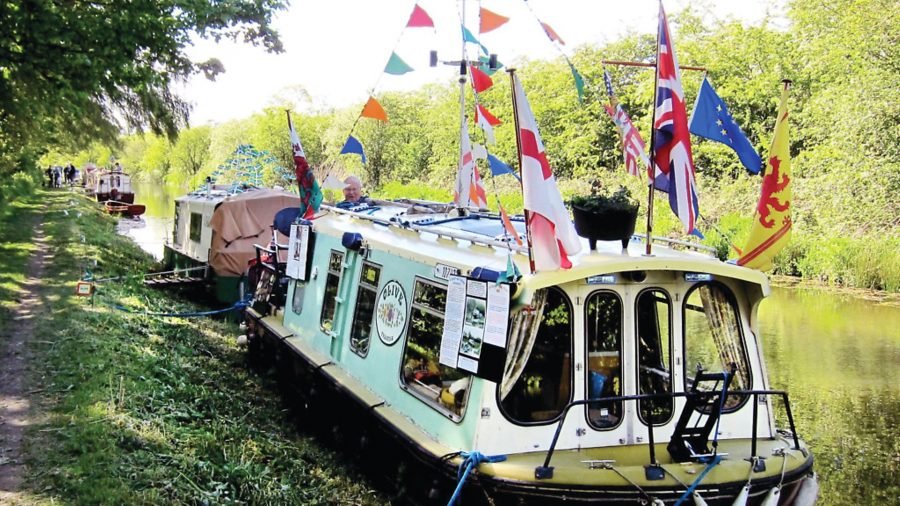 Trailable narrowboats and other portable craft will be heading north for the beginning of June as the Inland Waterways Association’s National Trailboat Festival returns to the Lancaster Canal.

The event, last held on the canal in 2015, will be run by the Association’s Lancashire & Cumbria Branch, and will take place at the Westmorland Showground at Crooklands. This is on an isolated navigable section of the northern reaches of the canal, which were abandoned and cut off by the construction of the M6 motorway, but which the Lancaster Canal Trust has been working to restore – and the aim of the event is to publicise the restoration, as well as marking the canal’s bicentenary.

The Festival runs for three days from 1 to 3 June, with the first two days being held in association with the Westmorland County Agricultural Society’s Country Fest. There will be boat trips (hopefully venturing onto the newly restored ‘first furlong’ length) plus music, food, entertainments and an illuminated boat parade.

Entry forms for trailboaters wishing to bring their craft are available at waterways.org.uk/trailboat.