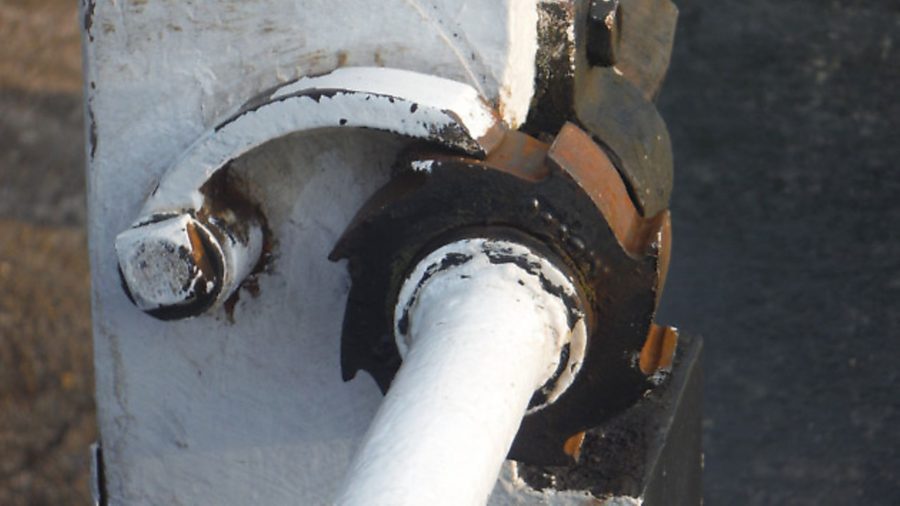 The Canal & River Trust are asking boaters for feedback on a national project devised to make locks safer for boaters.

The catches intended to stop paddles at canal locks from falling are the subject of a national project by the Canal & River Trust to “make locks safer for boaters” – and it’s asking boaters for feedback.

Referred to by the Trust as a ‘pawl catch’, this device often consists of a hinged metal arm which engages with the teeth on a wheel – but there are lots of different types, and some are more reliable than others when it comes to not slipping (and perhaps leading to the windlass flying off and hitting somebody). CRT will by running trials of modified pawl catches at different locations and is “keen to hear boaters’ feedback”.

The Inland Waterways Association has already responded. It is worried that the proposed modifications will mean that the catch will need to be held with one hand while winding the paddle down – which could make shutting it quickly in an emergency more difficult. IWA believes educating boaters in safer use (for example using the right hole on the windlass, and not leaving a windlass on a raised paddle) is a better way of preventing accidents – and is also worried about the loss of heritage.

What do you think? See https://canalrivertrust.org.uk/news-and-views/news/boater-input-on-pawl-catch-design-needed to tell CRT your views.