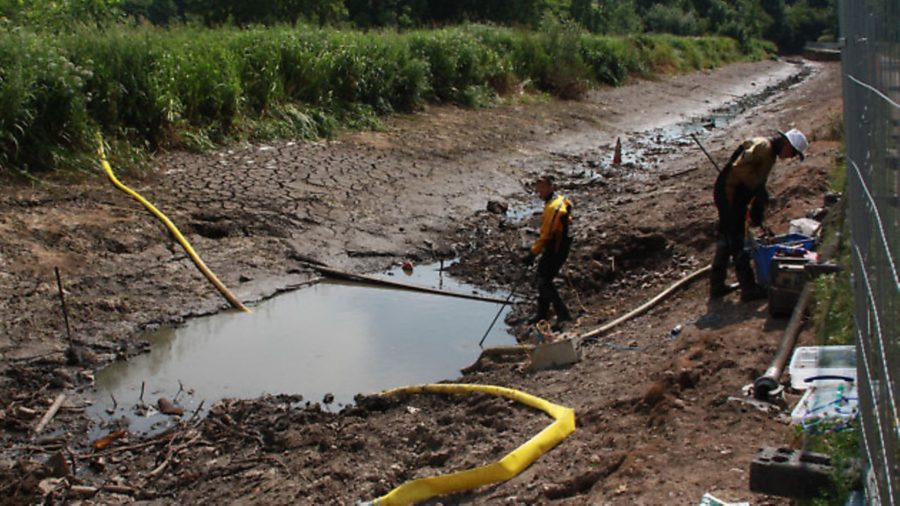 Three holes that developed in the bed of the Lancaster Canal have forced the canal to close for four weeks of repair work.

Fish rescue specialists are pictured recovering as many fish as possible from one of three holes that have developed in the bed of the Lancaster Canal near the Lune Aqueduct, ready for it to be completely drained for four weeks of repair work.

A Canal & River Trust employee making a routine weekly inspection spotted a vortex of water swirling around, and realised that it was a sign that it was leaking through the bed where the canal runs along a high embankment. Initial attempts to seal it with clay proved unsuccessful as the leakage was too serious, so the canal has been dammed off while engineering contractors Kier prepare to start major work. A 35 metre length will be de-silted, the clay lining replaced, a waterproof membrane added, and a protective layer laid on top.

The target for reopening is 31 July; in the meantime water pumping is being installed to maintain the supply to the main navigable length south of the aqueduct, and CRT is contacting visiting boaters who have booked passages via the Ribble Link to discuss whether their passage dates need to be changed.