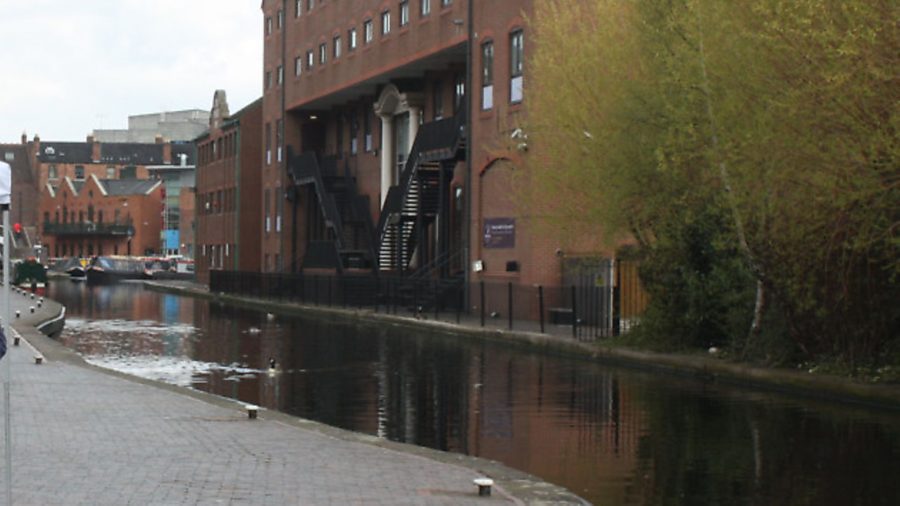 Worsening water leakage into an old railway tunnel under the Worcester & Birmingham Canal has led to a length in central Birmingham being closed, cutting off the route from the south west until further notice.

Emergency stop gates at the old stop lock by Gas Street Basin and at Granville Street Bridge just south of Salvage Turn have been closed, enabling the length between them to be pumped dry for investigation and a fish rescue to be carried out.

Although it isn’t obvious to boaters, this length crosses three aqueducts – over Holliday Street, the main Birmingham to Bristol railway, and another former railway which once served a canalside goods yard. Water is leaking into the third of these – but it’s not clear where it’s leaving the canal. “The only way we can know for sure is to drain the canal and thoroughly inspect the aqueduct,” said Canal & River Trust Project Manager Hayley Harper.

The canal is likely to remain shut for some weeks, during which time boaters will need to detour via the northern Stratford and Grand Union canals to bypass the closure. See canalrivertrust.org.uk for stoppage updates..