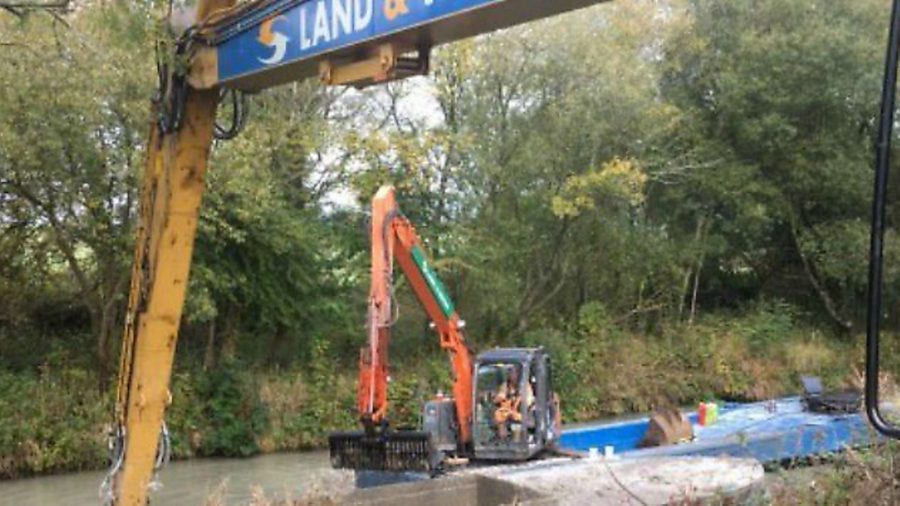 Completion of a major programme of dredging means that the Kennet & Avon Canal should be easier going for boaters, especially those in deeper-draught craft.

The Long Pound (the 20-mile-long level section of the canal from the bottom of Wootton Rivers Locks to the top of the Caen Hill flight in Devizes) has been the major focus of work over the last six months. The Canal & River Trust’s dredging contractors Land & Water have reported that at total of 17,000 tonnes of silt has been removed from the length east of Pewsey, following on from earlier work in the Horton Area. Together with work carried out last year on the far side of the summit between Crofton and Great Bedwyn, 12km have been tackled in total.

Fortunately it has proved possible to spread the dredgings on adjacent fields, which not only reduces the cost of moving it to a licensed tip site, but also improves the soil for local farmers thanks to nutrients in the silt.

The Trust’s £80m ten-year dredging plan continues over the next year with work on the Macclesfield, Chesterfield, Lancaster and Grand Union canals.