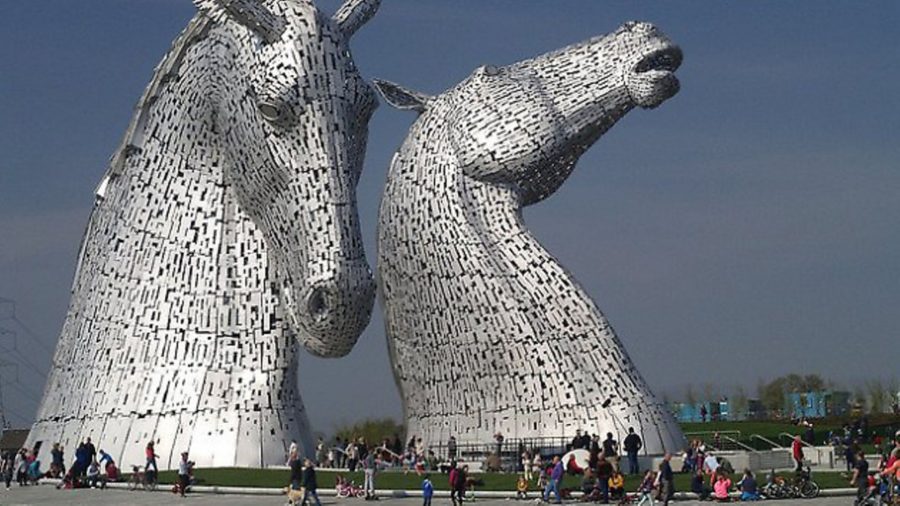 The Kelpies, named after mythical water spirits who often appear in the form of horses, were constructed in 2013 next to an extension of the Forth & Clyde Canal.

Standing 30 metres high and weighing 300 tonnes each, they have attracted millions of visitors since opening to the public in 2014. It is estimated the Kelpies have boosted the local economy by £1.5 million per year, making them one of Scotland’s most popular tourist attractions.

Now their designer Andy Scott can add the Pioneer Award to his accolades, which was awarded to the Kelpies at a World Canals Conference ceremony in Inverness.

The other winners at the World Canals Awards – celebrating engaging, innovative and inspirational projects taking place on the world’s waterways – came from Venice’s canals, New York and New Jersey’s coastline and the inland waterways of Ireland.

Steve Dunlop, chief executive of Scottish Canals, said: “We received some fantastic submissions from all over the globe and it’s clear to see that there are a huge number of innovative projects taking place on canals worldwide.”