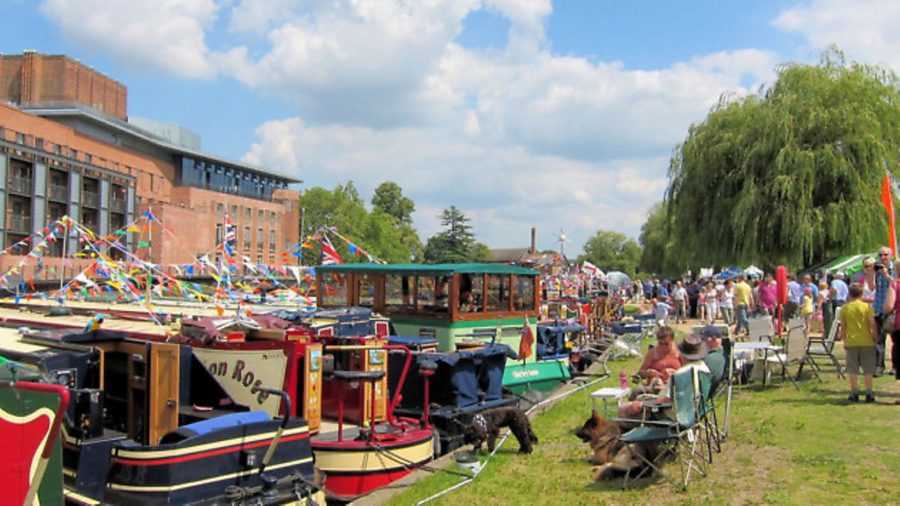 The 2014 Stratford River Festival will take place on Saturday and Sunday (5-6 July) on the banks of the River Avon, opposite the Royal Shakespeare Theatre. On the Friday there will be events to celebrate the two waterways anniversaries; plaques will be unveiled and there will be speeches at Bancroft lock, together with a floating orchestra on the Avon.

The event will include an exhibition of historic photographs from the 1964 and 1974 periods, put on by IWA, The Stratford-upon-Avon Canal Society and Canal & River Trust (CRT). There will also be music, craft and food stalls, a family zone, charity stalls, an illuminated boat parade, spectacular fireworks and the widest spectrum of inland waterway craft to be seen anywhere on the system.

The 13-mile southern Stratford Canal was opened 50 years ago in 1964 after many early IWA members, under the leadership of David Hutchings, restored it.

David went on to lead the restoration of the Upper Avon, which was completed through Stratford 40 years ago, and its restoration – together with the earlier reopening of the Lower Avon – provides some 46 miles of navigation, from Tewkesbury to Alveston.

You can find more information at www.stratfordriverfestival.co.uk