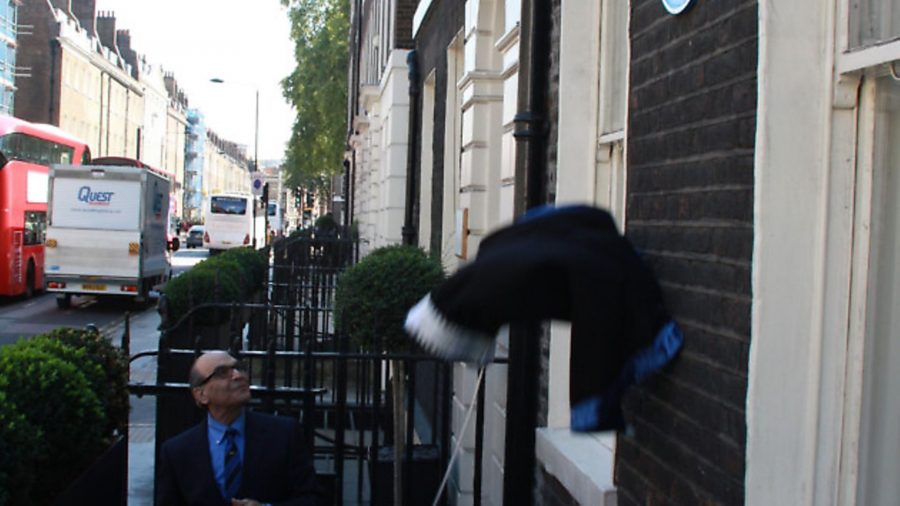 Famous actor and waterways supporter David Suchet is pictured unveiling a commemorative blue plaque in London’s Gower Street to mark where Robert Aickman, co-founder and first Chairman of the Inland Waterways Association, lived in the late 1940s and where the inaugural IWA meeting was held in 1946.

Introducing Mr Suchet, current IWA Chairman Les Etheridge described how a meeting between Aickman and the other co-founder Tom Rolt a year earlier led to the decision to launch the Association, to the meeting at 11 Gower Street, and to the campaign to save the waterways system. He recalled that Aickman was brilliant but sometimes not easy to get on with; however his “unreasonableness” could be an asset at times, and might be credited with saving some canals including the southern Oxford from abandonment in the 1950s.

David Suchet revealed that his own interest in the waterways had been sparked when as “a very young actor” at Stratford-upon-Avon in 1974, he had heard a commotion outside the theatre which had turned out to be the celebrations for the reopening of the Upper Avon – a project that Robert Aickman had been very much involved in. In unveiling the plaque to Aickman he felt that “the wheel has come full circle”.