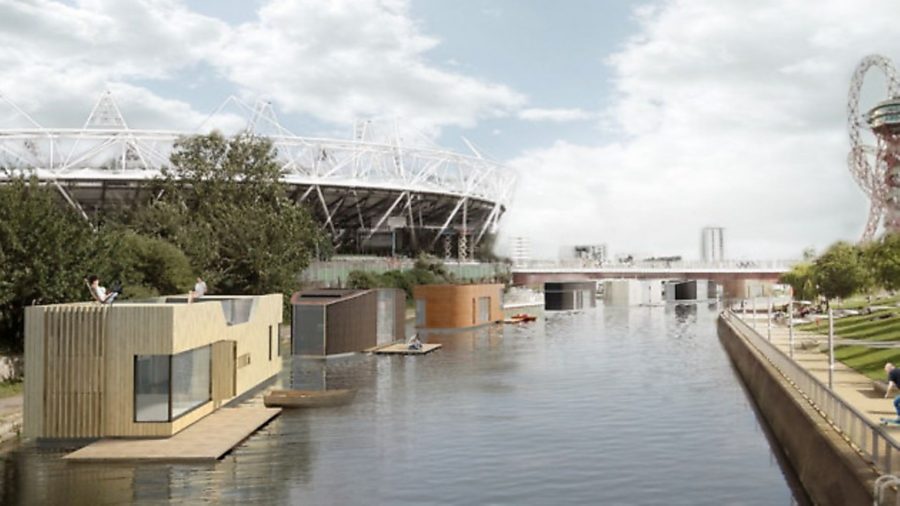 This artist’s impression shows one of 200 entries in a competition by think-tank New London Architecture to find ways to solve the capital’s housing shortage – but the idea of large numbers of futuristic static houseboats isn’t proving entirely popular with waterways groups in London.

Baca Architects say they could put 7,500 static floating homes on London’s canals including the Olympic waterways (pictured) in a mere 6-12 months. Meanwhile another entry in the competition called Floatopolis foresees ‘floating neighbourhoods’ including schools, cafés and cinemas based in London’s historic docks.

However in response to the floating homes idea the Friends of the Regent’s Canal’s Ian Shacklock tweeted “Surely Londoners deserve to keep some of their limited open spaces?” while the Inland Waterways Association’s London Branch said that this use of London’s canals for static housing “needs to be strongly opposed”.

Ten of the 200 schemes will be shortlisted October.