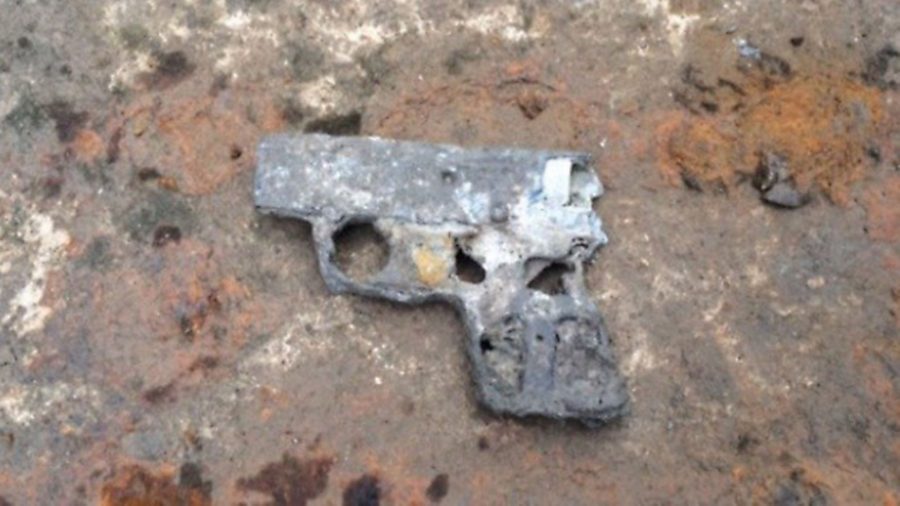 Police said the weapon was not dangerous because it had been badly corroded and the firing mechanism was missing.

The lock had been drained so the gates could be replaced as part of a repair project lasting three years. This was last done 25 years ago, so it is unclear how long the gun has been in the water.

Workers didn’t even notice the unusual find right away because it was so covered in silt.

“We didn’t know what type of gun it was and whether it was dangerous, so no one went near it,” said Sarah Burns, campaign manager for the Canal & River Trust.

To celebrate the end of the repairs on eight sets of lock gates, the drained chamber of the Hampstead Road Lock 1A was opened to visitors, with the gun on display before police took it for further examination.

Some 200 party-goers also descended into the chamber to take part in a silent disco, the first time a music event has been held in a drained canal.