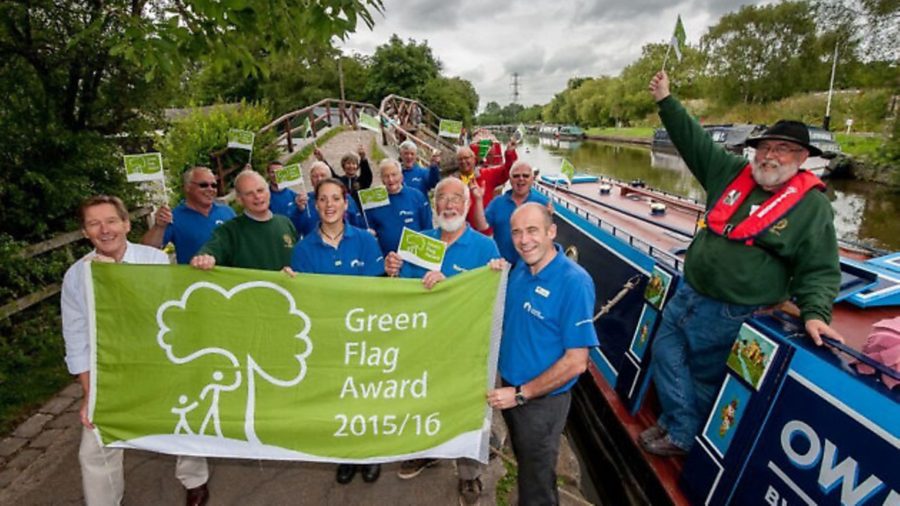 The Macclesfield Canal has become the first canal on the national network to receive the Green Flag Award, the mark of a quality green space from the Keep Britain Tidy campaign.

Senior representatives of the Canal & River Trust and the Macclesfield Canal Society are seen celebrating the award with staff and volunteers on the canalside at Poynton.

In their official feedback report the judges, who assess all applicants against strict criteria including cleanliness, community involvement and environmental standards, felt there had been “perceptible changes in culture within the Canal & River Trust compared with the British Waterways of a few years ago”. They saw “a developing sense of a genuine joint effort between the Trust and the community” in looking after the canal, with volunteer work groups and adoption schemes.