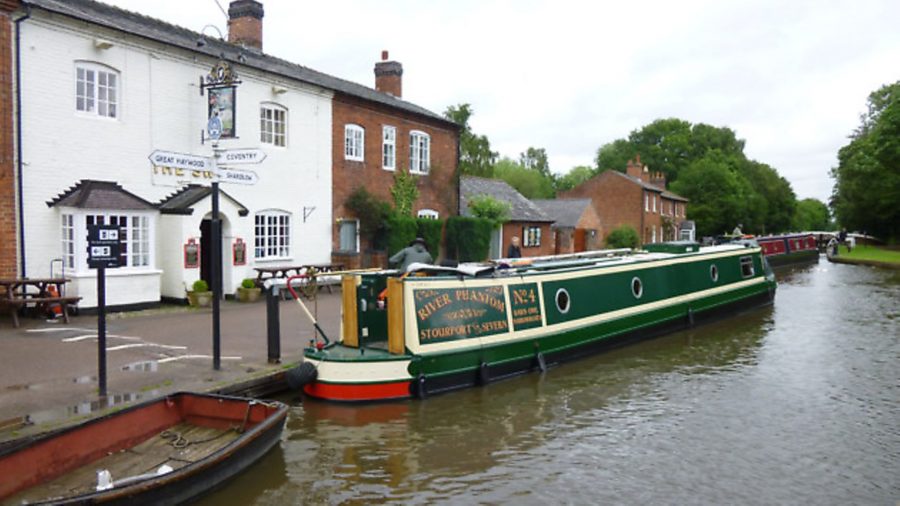 The Trent & Mersey and Coventry Canals around Fradley Junction will not now suffer from anything like the impact originally threatened by the HS2 high speed railway, thanks to changes made to the rail plans.

Proposals previously published would have seen the canals near Fradley crossed by four new viaducts carrying the high speed main line and connecting links to existing lines. However the Government has now accepted alternative proposals commissioned by the Canal & River Trust and Inland Waterways Association from engineers Hyder Consulting for a realigned and much less intrusive route, largely avoiding the canal and reducing embankment heights.

However there are now concerns that the new lower level route might threaten the Lichfield Canal restoration scheme – but the Government has given assurances that HS2 will ensure that restoration can continue.