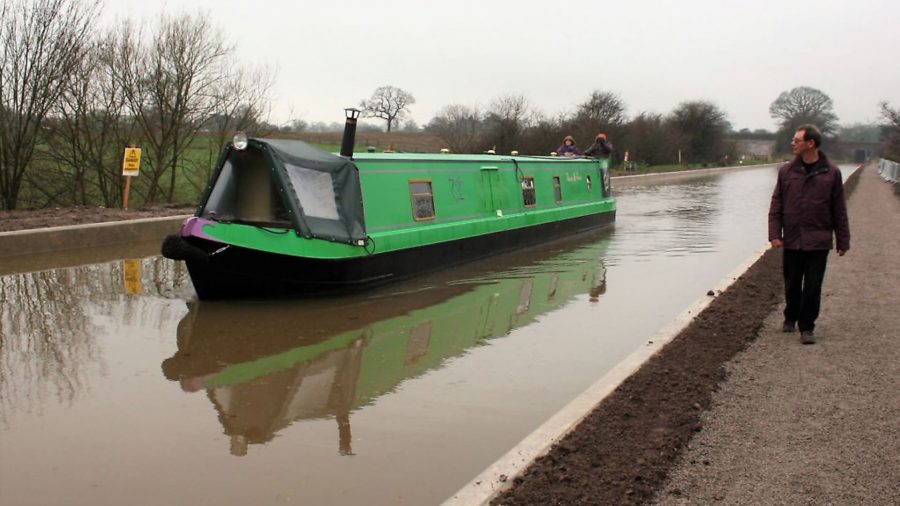 The first boat passed through the site of the breach on the Middlewich Arm of the Shropshire Union, after repairs were completed just before Christmas

The first boat is pictured passing through the site of the breach on the Middlewich Arm of the Shropshire Union, after repairs were completed just in time for a Christmas opening.

The collapse in March 2018 saw a large section of embankment alongside the River Wheelock aqueduct washed away into the river after paddles were raised overnight at an adjacent lock by vandals, causing the water to overtop the bank. The £3m repairs, involving 4000 tonnes of replacement stone, new concrete walls and a waterproof lining membrane, were carried out by the Canal & River Trust’s contractors Kier and CPC Civils.

Following the rewatering and reopening a leak developed in a nearby aqueduct crossing a main road. However CRT acted to dispel fears of a major problem, saying that “the draining of the canal for the breach repairs probably dried up the clay in the area and it is taking some time to rack up again”, but adding that the Trust would continue to monitor the leak.