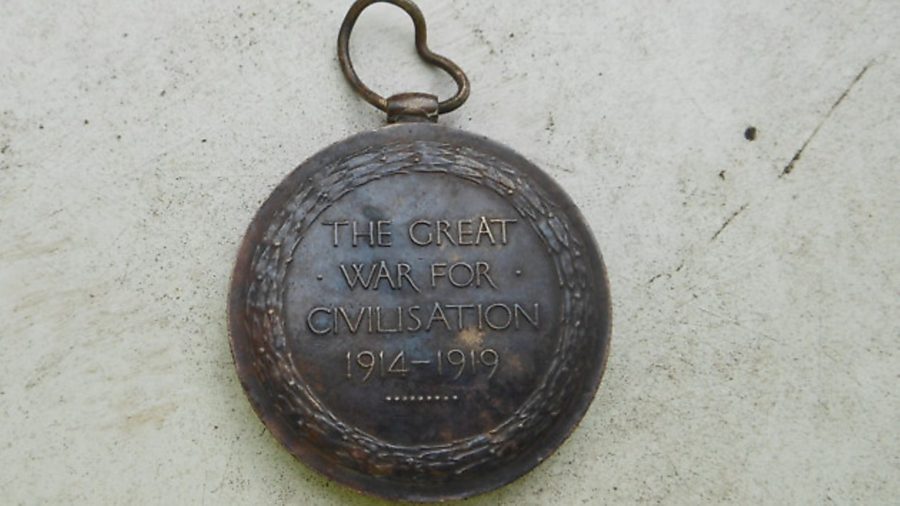 Appropriately enough in the year that marks the centenary of the First World War,

A Canal & River Trust team working on the Sheffield & South Yorkshire Navigation unearthed a World War 1 medal – and are trying to trace its owner.

The Victory Medal, awarded to all who had served with the forces in battle or in military hospitals between 1914 and 1918, depicts the winged figure of Victory on one side and ‘The Great War for Civilisation 1914-19’ on the other. It also carries the name of its recipient, ‘W Clarke’ around the edge. If you have any idea who this might have been, please get in touch with CRT.