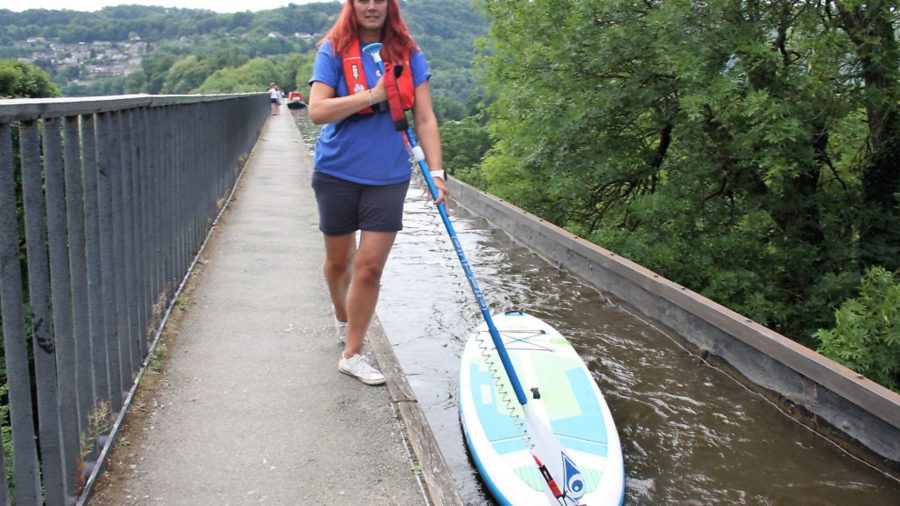 Concerned at those taking risks crossing the Pontcysyllte on the Llangollen Canal, the Canal & River Trust has launched a campaign to encourage people to cross safely

With no railings on the non-towpath side of the 126ft high structure carrying the Llangollen Canal above the River Dee, CRT says that dozens of stand-up paddle boarders are “putting themselves and others at risk” by paddling across the aqueduct. And cyclists riding on the narrow towpath are at risk of colliding with walkers.

CRT engagement manager Ani Sutton, a paddle boarder herself, said “I know how easy it is to get blown over or off course. The aqueduct has its own micro climate, with sudden gusts of wind. Anyone who stands up on a paddle board across the aqueduct, with no safety railings, is taking crazy risks.” The Trust urges them to walk along the towpath, towing their paddle board in the water behind them – and cyclists to dismount and wheel their bike across.