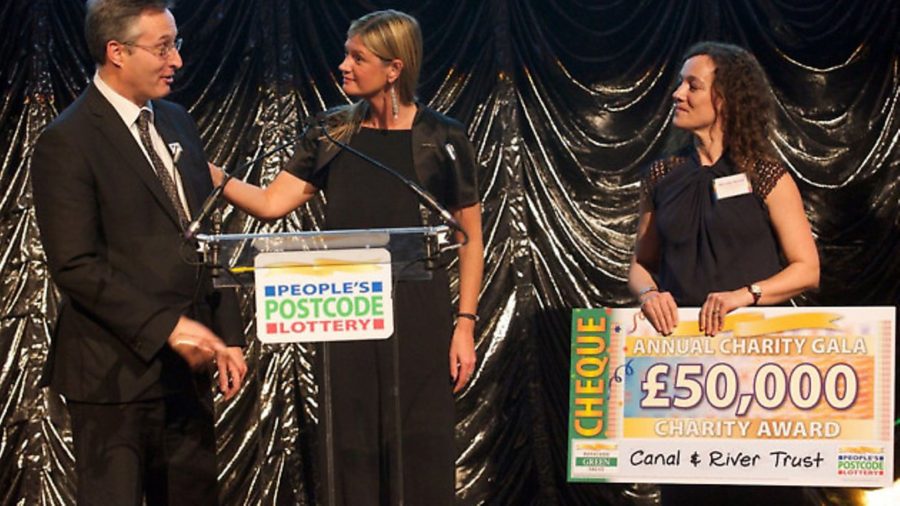 The Canal & River Trust has been awarded the title ‘Charity of the Year’ by the People’s Postcode Lottery.

The award, which comes just over 18 months since the Trust’s launch, has been made in recognition of the way the Trust has raised public awareness and support for a project to help save the nation’s historic hedgerows which have declined by 50% since the Second World War.

In making the award, which was handed over at the lottery’s annual Charity Gala at the National Museum of Scotland, players of People’s Postcode Lottery also gave a special one-off £50,000 cheque to support the Trust’s work. The lottery also committed to increase the Trust’s annual grant by 25% to £125,000.

Collecting the £50,000 cheque, CRT Chief Executive Richard Parry commented: “We are so grateful to players of People’s Postcode Lottery for their support. This is the second year they have supported us and to be selected as Charity of the Year from amongst so many good causes is a tremendous accolade and a fantastic vote of confidence in the Canal & River Trust.”

Clara Govier, Head of Charities at People’s Postcode Lottery said: “The Canal & River Trust does some amazing work – transforming places and enriching lives of people through living waterways. We’re delighted that our players are able to support the work of Canal & River Trust and showcase the work that makes them worthy winners of Charity of the Year.”