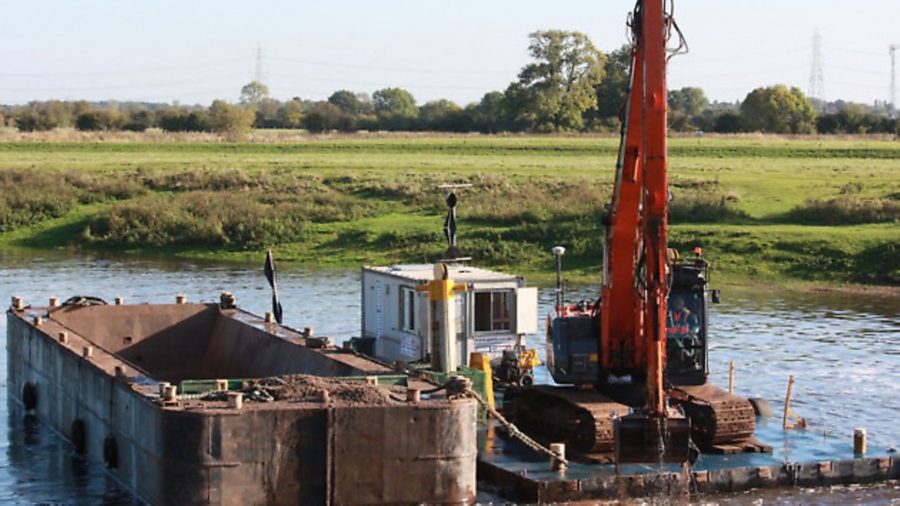 As the last of the waterway closures caused by the winter rains come to an end, the Canal & River Trust is looking forward towards the £84.5m programme of work that its engineers are planning the 2014-15 year.

This total budget for waterway works is up £2m on last year, and boaters will be glad to hear that dredging is on the agenda with £5m committed to 14 projects – including the Trent & Mersey, Shroppie and Leicester summit. Even better, the annual £2m contingency fund (which is held back in case of unexpected costs – like the 2012 Dutton breach – and, if not needed, is added to the maintenance budget) has been earmarked for dredging, meaning a further five schemes are likely to go ahead.

Another £17m will go on ‘major works’: projects identified include repairs to Marple Aqueduct and four embankments on the Peak Forest; rebuilding Dog Head Stakes Weir on the Kennet; patching Whitehouses and Chirk tunnels on the Llangollen; and dealing with the major slippage by Coseley Tunnel on the BCN.

That leaves another £61.7m to go on various costs such as lock gate replacement, planned preventative maintenance, vegetation control, and ‘high priority defect repair’. CRT’s regular monthly waterways inspections throw up a list of around 50,000 defects – which, in an ideal world, would all be fixed, but which, in practice, need to be prioritised based on urgency. Roughly 4,000 have been earmarked for attention at a cost of £8.6m.

Lastly, the planned cutting back of 200km of offside vegetation, paid for by the unused contingency money from last year, came to a premature end as the bird nesting season began – but will be completed next money using the remaining cash which has been ‘ring fenced’.