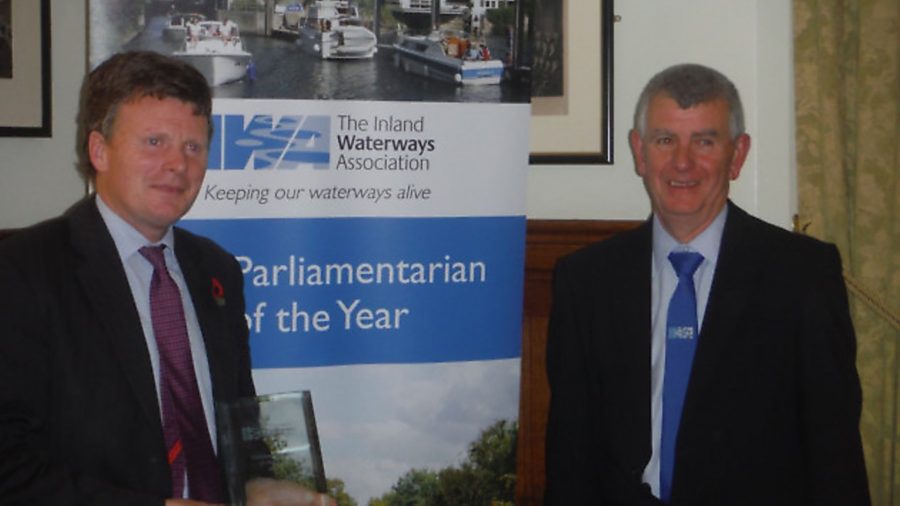 Richard Benyon MP (pictured, left), who as Waterways Minister presided over the biggest shake-up on the waterways in half a century, has been chosen by the Inland Waterways Association’s Parliamentarian of the Year.

The Member for Newbury’s role was pivotal in the processes leading up to the 2012 transformation of the former nationalised British Waterways into the new Canal & River Trust charity.

Presenting the award at a function attended by Government and Opposition MPs and Lords, IWA Chairman Les Etheridge (pictured, right) called it a “brave and wise decision” and credited Mr Benyon’s “continued involvement in the waterways.” Mr Benyon replied that it was a once in a lifetime experience, that he had “never had so much fun”, and that his only regret was that it hadn’t proved practicable to bring the Environment Agency rivers into CRT too.