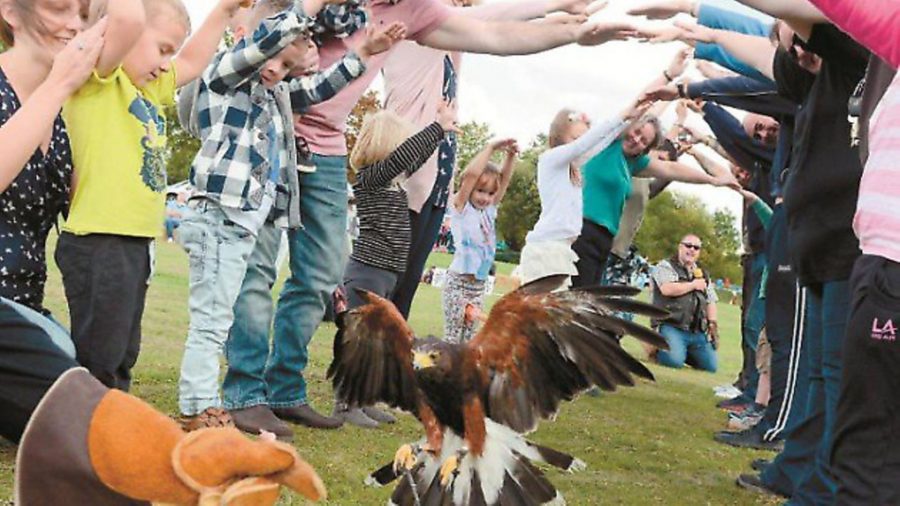 Struggling for something to do this weekend? You’re in luck as we’ve got a range of festivals taking place at the waterside

On the banks of the Grand Union Canal’s Slough Arm, this free festival packs a lot into two days. There are scenic narrowboat trips (with plenty of wildlife-spotting opportunities), an arts and crafts marquee with demonstrations from local artisans and activities and games to keep children happy for hours, including chugging around Bloom Park in a miniature steam engine.

For the animal lovers, Slough Canal Festival boasts a mobile farm of rabbits, ducks, ponies and sheep; all-jumping, all-running performances by the Rockwood Dog display team; and Ridgeside Falconry will be there with falcons, owls, buzzards, vultures and Chilean blue eagles.

You can experience the sights, sounds and sensations of wartime Britain with Stoke Bruerne’s popular Village at War Weekend. The charming South Northamptonshire village on the Grand Union Canal will travel back in time to the 1940s, where air raid wardens, the Home Guard, Americans GIs, Land Army girls and spivs wander the streets – and you may even bump into Winston Churchill or Field Marshal Bernard Montgomery.

If you’re feeling inspired, dress the part and join in the waterside entertainment of vintage fashion shows and Lindy Hop and Jive dances, led by authentic music from, among many others, festival favourites Lola Lamour and George Formby (Paul Caspar the rest of the year). The weekend also features an impressive array of vehicles, such as military aircraft in the Battle of Britain memorial flight and historic boats lining the canal, decked out in wartime livery.

Admission is £7.50 for adults (under 16s get in free). More information can be found on the Friends of the Canal Museum website.

Digital art, building underwater technology and keeping the Rochdale Canal clean – this is a bit different to a traditional canal festival.

There will be fascinating workshops, held at Lock 87 (Canal Street), Tib Lock 89 and Pioneer Quay, such as assembling a remote control underwater robot out of electronics and Lego. You’ll then be able to send it into the canal and film what lurks in the deep. Or you can design a floating piece of art, which can be programmed to sense water temperature and flash different colours when placed on the canal surface.

Throughout the weekend, you can also take part in the Rough Fish game, where you can gain points by fishing out rubbish from the water and see if you can top the league table. Manchester Waterside Festival is free, but it you must book the workshops. Go to the website to claim your spot.