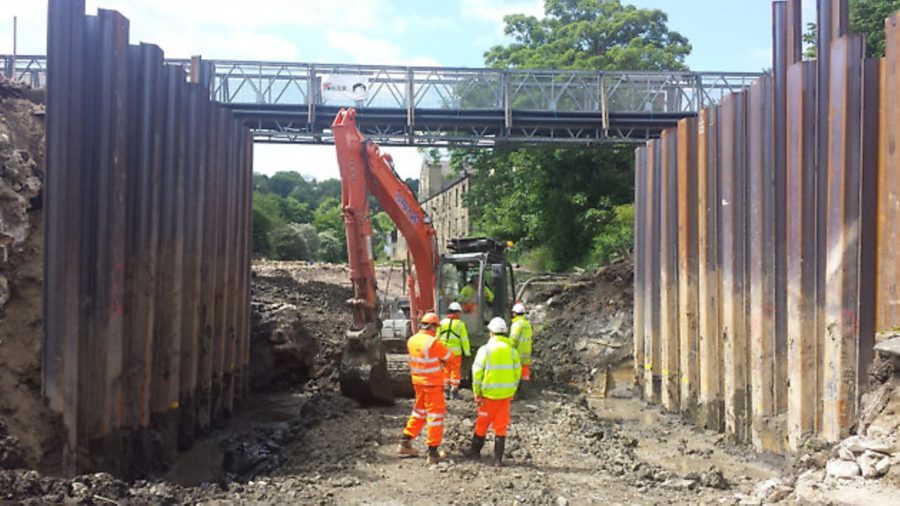 The good news on the repairs to the Pennine waterways after the winter floods is that the Calder & Hebble Navigation is set to reopen by early July, but the bad news is that there’s still no date for the removal of the final blockage on the Rochdale Canal.

On the Calder & Hebble, the Canal & River Trust is working hard to catch up after delays with the work to rebuild Elland (pictured) and Crowther bridges, and is confident that the waterway will be open throughout by the revised target date of 4 July. And on the Rochdale Canal, a 12-week £750,000 repair contract to reinstate a section of canal bank washed away by a breach between locks 16 and 17 near Todmorden should be completed in mid-to-late August. Waterway Manager David Baldacchino said “this work puts us one step closer to getting the canal fully re-opened”.

There is, however, still one final job – removing the landslip which blocked the Rochdale Canal between locks 17 and 18. Complex negotiations with third party landowners and their insurers (one of whom is disputing the extent of cover) plus worries about the stability of the land have delayed the start of work here. However access has now been agreed with one landowner, meaning that CRT has been able to excavate a borehole to assess ground stability and plan repairs.