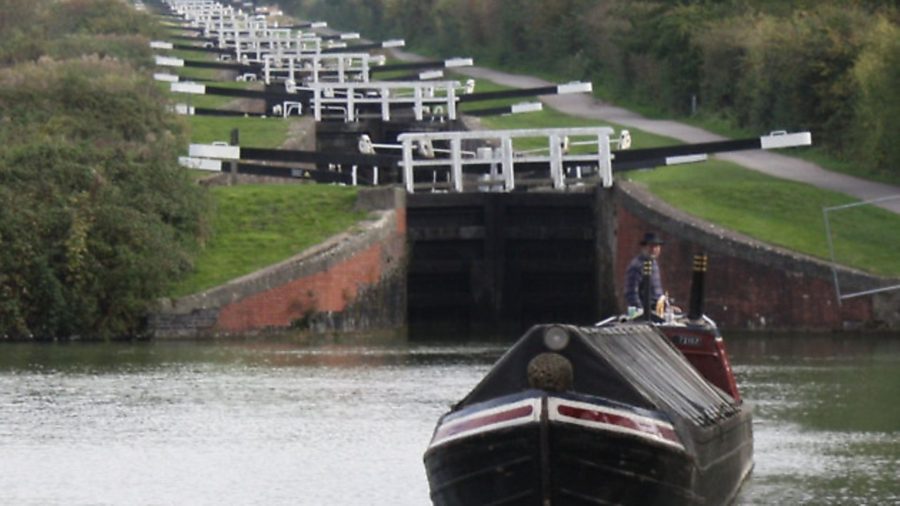 The famous Caen Hill flight of locks at Devizes was closed for a week for emergency repairs after a boat damaged a lock gate – and as soon as it was repaired, a second closure on the same flight shut the canal again.

On 24 August a hireboat became caught under a top lock gate while filling Lock 23, lifting the gate off its hinge pin and causing serious damage to the gate and the anchor which holds it in place. As a result, the Canal & River Trust closed the flight of 29 locks on the Kennet & Avon Canal.

The canal remained closed for a week while CRT arranged for equipment to be brought in so that the gate could be lifted, inspected for damage, repaired and reinstalled, and associated brickwork repairs could be carried out.

Unfortunately within days of it reopening, the flight was once again shut after two boats sharing Lock 41 became jammed, resulting in coping stones being dislodged – but has now reopened, initially for single narrowboats only!