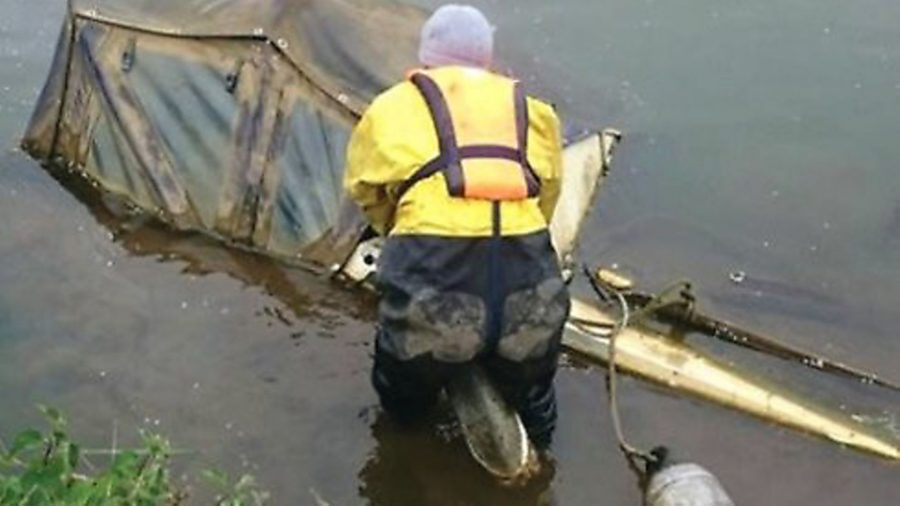 Major incidents requiring boats to be rescued from sinking or grounding have almost doubled in the last year.

The number of ‘major’ rescues (submerged, partially sunken or grounded and needing a full RCR salvage team), has risen to 119 in the year ending 1 November, 2016.

Four cruisers had to be raised in early November, following a major fire at Barton Turns Marina on the Trent & Mersey.

Other incidents include: a sinking within minutes at Fobney Lock on the K&A caused by a weed hatch fault; and a boat’s bow becoming wedged on lock gates at Stonebridge on the Lee.

RCR, which has taken on extra staff to cope, lists the major causes as being boats caught on lock cills, failure to secure wide hatches, navigator error and failure to keep drain holes clear.

Managing Director Stephanie Horton felt that increased use of the waterways resulting from milder weather (and recent TV coverage of the canals) was “putting additional pressure on us to keep the waterways clear”.

Drowning of boater on the Droitwich was an accident