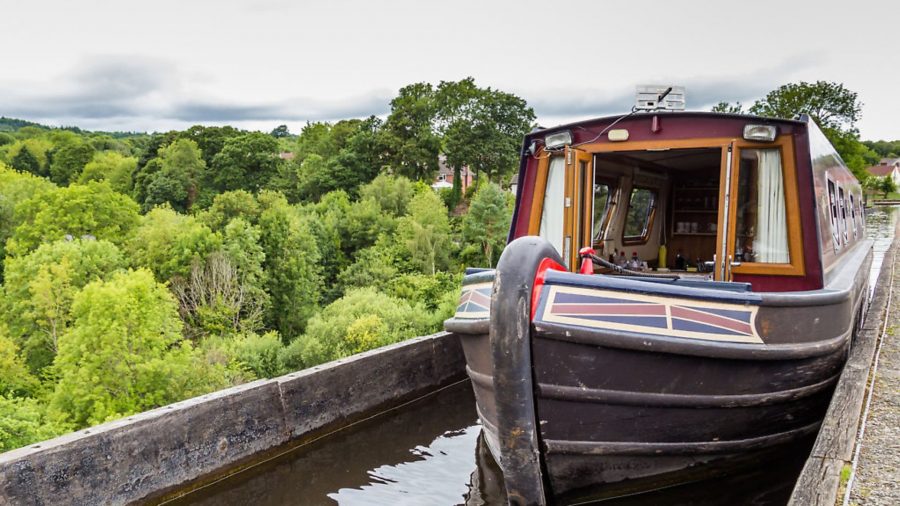 Are you completely new to the canals, thinking of trying a boat holiday, and wondering where to go? Or are you perhaps thinking about narrowboat ownership but wondering about taking a week’s hireboat trip to ‘test the water’ first. Or maybe you’re a regular holiday hirer looking for some ideas about somewhere to go this year that’s a bit different.

With its ‘mills and moorlands’ image, you might expect the waterways of the North of England to feature long flights of locks, rugged scenery and gritty townscapes as the canals climb their way through the Pennines. But it’s not all like that: on both sides of the country there are gentler waterways too. In Yorkshire the broad rivers Aire, Calder, Ouse and the Sheffield & South Yorkshire Navigation provide for some more relaxed cruising, quiet countryside and historic cities. And the Lancaster Canal follows the coastal plain for mile after mile with no locks at all on its main line.

But if it’s archetypal northern landscapes you want, the three mighty trans-Pennine canals – the Leeds & Liverpool, the Huddersfield and the Rochdale – provide all you could ask for, and more.

At the heart of the southern waterways system is the River Thames, providing well over a hundred miles of cruising from London right through to Gloucestershire, its quiet, remote upper reaches contrasting with the Edwardian ‘Three Men in a Boat’ feel of the lower lengths. At Reading, it connects with the other great east-west route across the south: the Kennet & Avon Canal. Climbing through the Berkshire downs, it winds its way across the quiet Vale of Pewsey before plummeting down the famous Caen Hill Locks flight at Devizes to reach historic Bath and lively Bristol Docks.

And for something a little different, the River Wey Navigation, an ancient waterway now run by the National Trust, takes a quiet rural route south from the Thames to Guildford and Godalming.

There’s nowhere else on the waterways that’s quite like the Middle Level Navigations, a network of channels originally built to drain the Fenlands of eastern England. It’s been called ‘big sky country’ and compared to Holland, but there’s no getting away from the fact that the country’s flat, and the waterways are mainly very straight. But these quiet, out-of-the-way routes passing through empty Fenland, interspersed with rather Dutch-style villages, have a fascination all of their own.

At Peterborough and near Denver the Fenland waterways link up with the River Nene and the River Great Ouse. The Nene gradually climbs out of the Fenlands via Oundle and Wellinborough to reach Northampton, where it connects to the canal network. And the Great Ouse follows a meandering route upstream to Bedford; on you way there you can detour via its quieter tributaries – the Lark, Wissey, Little Ouse and Cam, leading to Cambridge.

Wales and the Borders

Probably the most well-known and popular canal in Britain is the Llangollen, climbing from the Cheshire Plain to reach into North Wales and cross the spectacular Pontcysyllte aqueduct.

But it isn’t the only waterway where you can enjoy glorious Welsh scenery. For almost all of its 35 miles the Monmouthshire & Brecon Canal winds its way along a hillside high above the River Usk, giving splendid views over the surrounding countryside, interspersed with old limekilns and other glimpses of its industrial heritage.

And while we’ll have to wait a few years for the Montgomery Canal to be restored and reopened, the seven miles already open make a not-to-be-missed detour from the Llangollen Canal.

The Caledonian Canal is unlike the rest of Britain’s waterways. It combines a chain of Scottish lochs – including the famous Loch Ness – with connecting lengths of canal, built on an impressively large scale to take the 19th century’s ships. The result is a coast-to-coast route across the Highlands that’s still used by seagoing craft, but also makes for a completely different inland boating holiday.

In contrast, another set of coast-to-coast waterways link Scotland’s capital and its most populous city. The Forth & Clyde Canal and Union Canal between them connect the Firth of Forth, the Firth of Clyde, and the cities of Glasgow and Edinburgh – and at Falkirk, they’re joined together by the unique Falkirk Wheel, the world’s only rotating boat lift.

This is the heart of narrowboat country, with the 70ft by 7ft locks setting the standard for the iconic former cargo-carrying boat that was the basis for the modern holiday craft. But while they might be built to the same size, there’s a huge variety among the waterways, from the 18th century meanderings of the Staffordshire & Worcestershire and Trent & Mersey canals to the bold straight embankments and cuttings of the later Shropshire Union Canal. Or for a contrast, there are circular cruises which combine the exercise of the flights of locks on the Worcester & Birmingham and Stratford canals with the less energetic Severn and Avon rivers.

Despite their industrial origins the canals of the West Midlands are almost entirely rural. But if you want something completely different, head for the Birmingham Canal Navigations, a 100-mile network covering the whole of the Black Country and Birmingham, and a reminder of when canals were the arteries of the industrial revolution.

Two great canal trunk routes between the Midlands and the Thames meet at the archetypal canal village of Braunston, once a home to working boat families but now a leisure boating centre – but they couldn’t be more different from each other. The Grand Union Main Line is a bold route from Birmingham to London, passing through great tunnels at Braunston and Blisworth before climbing over the Chilterns and into the Thames Valley. By comparison the much older and narrower Oxford Canal winds its way though the hills and down the Cherwell valley to meet the Thames at the famous university city.

Meanwhile the Grand Union Leicester Line takes a quieter route through the hills on the Northamptonshire and Leicestershire border before joining the River Soar to meet the Trent. Or for some real leisurely cruising, try the rural Ashby-de-la-Zouch Canal, meandering for over 20 miles with no locks at all.