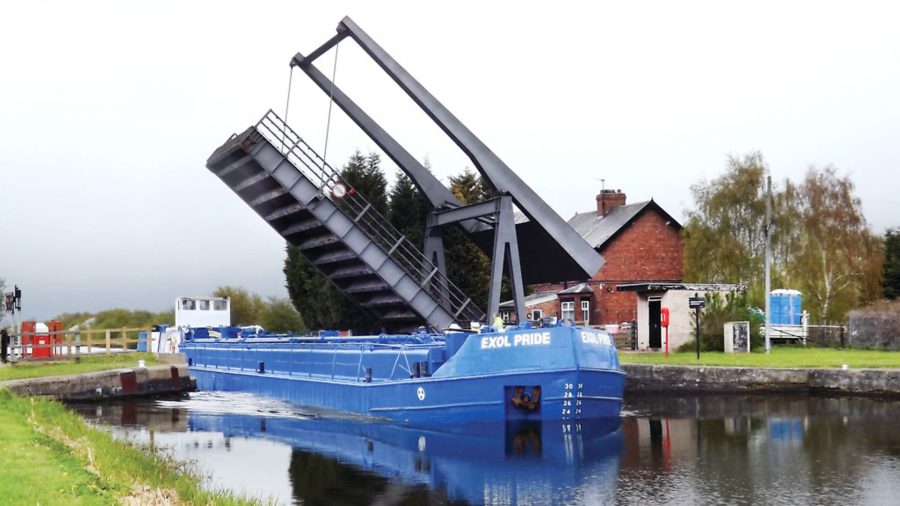 Four years ago the Canal & River Trust launched a last-ditch attempt to revive commercial freight carrying on the larger waterways before it died out completely. How has it fared since then?

Back in the 1990s, any guide describing the canals and rivers of Yorkshire and the north eastern part of the network would make a point of emphasising how these large-scale waterways were still busy with freight barges loading several hundred tonnes each and helping to satisfy the nation’s transport needs – unlike the small-scale canals of the Midlands and most of the rest of the system, where regular commercial freight had died out a quarter of a century earlier.

Cargoes on the Trent, the Aire & Calder Navigation and the Sheffield & South Yorkshire Navigation included coal, stone, oil, gravel and sand. But one by one these traffics disappeared, not necessarily for reasons that were anything to do with the inadequacy of the transport system – deep coal mining was in terminal decline, while a major aggregates trade became surplus to requirements following mergers in the industry. And the same story had been repeated on other larger waterways such as the Severn and the Weaver.

By 2014, a couple of years after the Canal & River Trust took over from British Waterways, its network was carrying just three regular traffics totalling under 500,000 tonnes a year, and only one of them (oil from Hull to Rotherham) was running for more than a short distance on the non-tidal inland waterways. In a final effort to “determine once and for all whether there is any real potential” for carrying significant heavy freight in the future, CRT narrowed down the potential routes to the Aire & Calder and Sheffield & South Yorkshire (plus the New Junction Canal which links them together) and launched a project aiming to work with development partners, investigate possible improvements to the waterways, look for funding, launch a freight conference, identify likely traffics, and push the idea of putting freight back on the water to potential users. Four years on, has the project made any progress?

On the face of it, no: there isn’t any more freight being carried. But behind the scenes, there’s been some real progress with pretty much all of the objectives mentioned above.

Potential traffics: As CRT’s Jon Horsfall points out to Canal Boat, the A&C Main Line runs for something like 40 miles parallel to the congested M62 and overloaded railway lines. There is sea freight from the Humber in both directions. Sea dredged aggregates are a likely traffic, with a waterside concrete mixing plant – and there’s a 2m tonnes per year demand for aggregates for construction and road work in Leeds.

Funding: The West Yorkshire Combined Authority has secured a commitment for funding an inland port at Stourton, on the outskirts of Leeds, which could take more than 200,000 tonnes a year off the roads – and a planning application will follow soon, with a decision expected early in 2019.

Partnerships: CRT is working with the Freight Transport Association, the Leeds South Bank Strategy, a European Interreg (inter-regional) project with the Netherlands, Sweden and Belgium, and is an observer on the Liverpool-Humber Optimisation of Freight Transport partnership, which is looking at making better use of the Humber ports as a European gateway.

Improvements: Once an initial traffic can be secured, CRT can look at investing in modification to maximise cargo capacity on these waterways. By enlarging a small number of bridges, and improvement works to a few locks (Bulholme Lock in particular has revetments at the bottom of the chamber walls which limit its usable size) the gauge can be pushed up to the European Class 2 (1300 tonne) size – or to container barges carry eight standard shipping containers.

Conference: In October Freight by Water 2018, hosted jointly by CRT and FTA, tool place in Leeds. And it concluded that “the time is right to increase freight by water” which should be “part of any effective multi-modal logistics strategy”, and that the Stourton plans could lead on to further development – but that “further investment in infrastructure is desperately needed for it to reach its full potential”.

So when will we see actual cargo carried? John Horsfall tells Canal Boat that the first new traffic could be no more than 12 months away. Time will tell if this is the start of a revival of freight on the north eastern waterways.