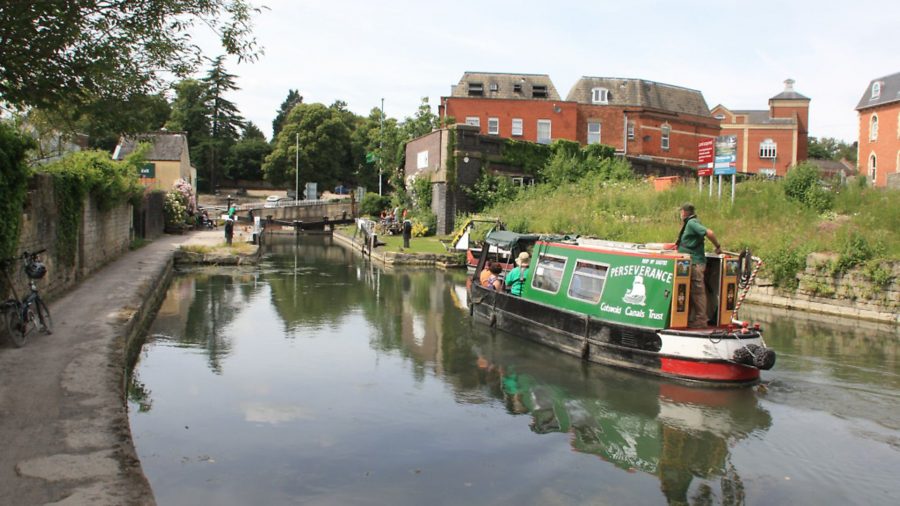 A £9m National Lottery grant will see boats cruising the first 10 miles of the Cotswold Canals to Stroud and beyond in less than four years time!

Boats will be cruising up the first ten miles of the Cotswold Canals to Stroud and beyond in less than four years’ time, thanks to a £9m National Lottery Heritage Fund grant which has just received final approval.

The grant is the largest part of a £16m package including contributions from the Cotswold Canals Trust and Stroud District Council which (together with a great deal of volunteer work) will complete the restoration and reopening of four miles of canal from the crucial connection to the national waterways network at Saul Junction to Stonehouse. There it will meet up with an already restored length of canal which leads onwards through Stroud and up the Golden Valley into the Cotswold hills. The reopening of the canal, which closed over 70 years ago, will involve rebuilding a railway bridge, crossing the M5 motorway, creating a diversion where a mile of the old route has been obliterated, and restoring derelict locks and bridges – but it is expected that it will be completed by the end of 2023.

Doina Cornell, Leader of Stroud District Council described the funding announcement as “fantastic news,” adding that “I can’t think of any other project which benefits so many people in so many ways,” while Jim White, Cotswold Canals Trust Chair said that ”Volunteers have been working for this moment since the Trust was founded in 1972”, and that “This important section of canal restoration greatly helps us to pursue our vision of eventually completing the canal route from the River Severn to the River Thames.”