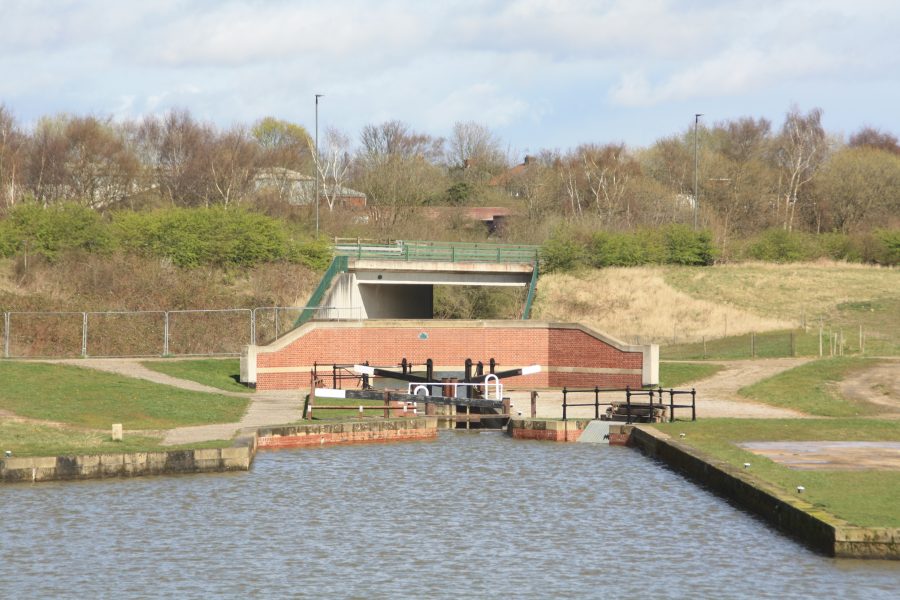 Over £5m of Towns Fund money for the Chesterfield Canal restoration has been confirmed, enabling rebuilding of another short but difficult length – and marking a step towards eliminating the eight-mile unnavigable ‘missing link’ between Staveley and Kiveton Park.

So far, two formerly derelict sections of the Chesterfield Canal have been reopened. One is six miles long and opened in 2002, extending the navigable length from its former terminus at Worksop to the portal of Norbury Tunnel at Kiveton. The other is a five-mile isolated length running from the new Staveley Town Basin (pictured) to Chesterfield. The new grant will pay for the first step towards closing the gap between these two sections.

Together with funds from other sources plus clay donated by a local landowner, the money will completely rebuild a half-mile section from Staveley to the ‘Puddle Bank’ embankment over the Doe Lee valley, including two new bridges, a new lock, and massive earthworks to build up the subsided channel. Chesterfield Canal Trust Chair Peter Hardy called it “the catalyst for the Trust to complete the restoration of the canal”, while Development Manager George Rogers said “Now the hard work starts!”

We caught up with George Rogers to walk the route and get the full story of what the money will pay for: look out for it in the June issue of Canal Boat magazine.

And to find out more about the navigable length of the canal from West Stockwith to Kiveton, see our Cruise Guide.