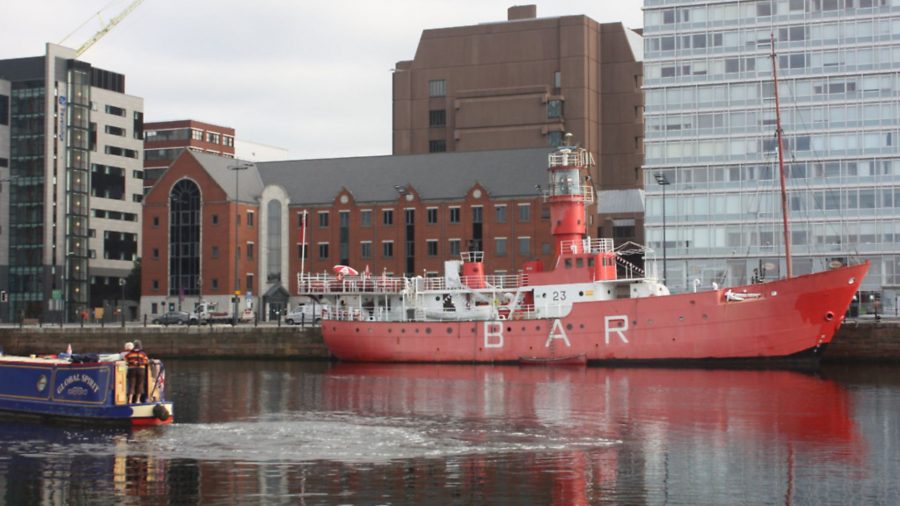 It was the poet John Donne who put his finger on the humanity which links us all when he remarked that when a funeral bell tolled, it tolled for all of us. As a journalist writing about the waterways, I feel the same when I hear about the demise of any waterway publication. I remember all too clearly the time when the only game in town as far as canal magazines went, was a crudely-printed, black & white pamphlet you couldn’t get hold of anyhow. No glossy, professionally-produced publications like Canal Boat in those days. And before the internet, no Facebook groups, or newsgroups, or blogs either.

Which is why I was so sad to hear – as I did this month – of the possible demise of The Floater – that snarling watchdog of boaters’ rights, founded and edited by liveaboard journalist Peter Underwood. A deal for a London-based operation to take over the internet title has just crashed, leaving its future uncertain. Its loss would be a great shame. The Floater circulates to thousands of subscribers, posting new stories two or three times a week as and when they happen. This instant publishing has allowed Peter and his number-crunching colleague Allan Richards to pursue stories with an immediacy we in the traditional press cannot always match.

One of those recent stories it’s had its teeth into is the scandal of Liverpool’s Planet Lightship seized in September from Canning Dock after a dispute over unpaid mooring fees. For years the ship has stood as an icon of Liverpool’s proud maritime history, a familiar sight to any narrowboater who’s made the spectacular trip along the Liverpool Link to spend time in what is one of the country’s greatest cities. Now, after an unseemly face-off which has seen C&RT pitched against the Merseyside Civic Society backed by local MP Louise Ellman, the boat has been towed away and is now sitting in Sharpness Dock near Gloucester.

Now, I don’t intend to get into the rights and wrongs of this dispute, but there are aspects of the affair that leave me deeply troubled. It seems that despite more than £5.5K having been paid already for outstanding mooring fees, the Trust are still demanding fees for taking the ship to Sharpness and storing it there. To recover its costs, C&RT put it on the market for £100K. And even though, according to one report, it had a scrap value of almost £71K, C&RT eventually sold it for just £12.5K. This now leaves the owner WITHOUT his ship AND still owing the Trust £44K. Frankly, this is disgraceful. It would be disgraceful if C&RT were acting the same way over an abandoned fibreglass cruiser near some out-of-the-way bridge on the Grand Union, let alone an iconic heritage vessel of national stature in such an important location. Besides, there’s an ethical dimension to this. Imagine how you would feel if it were your boat.

North West waterways manager Chantelle Seabourne is now saying that once the ship’s had restoration work it will be offered for resale. ‘Hopefully a business, group or individual in Liverpool is able to step forward and purchase the renovated Lightship and bring her back to Liverpool.’ But why should C&RT have to depend on private entrepreneurs to ensure the recovery of its bloated fees? And how can it ensure it goes back to Liverpool? Frankly, why was it ever taken away from Liverpool at all, except as a fit of pique in a difficult negotiation? Surely, the whole thing could have been handled with more subtlety and finesse than calling in the bailiffs?

The whole affair is yet another blunder by C&RT’s North West office which makes so many of them recently they’re becoming a waterways joke.

When – not unreasonably – The Floater put a series of questions to C&RT about this sorry affair, and the question of ownership which seems to lie at the heart of it, the response of C&RT’s National Communications Manager Jonathon Ludford was at first not to reply to the request, and then – when prompted to action two weeks later – to refuse to answer the questions on the basis that an uninformative press release had already been issued on the matter.

This is simply not acceptable. It is a contemptuous way to treat any press enquiry — the press has not just a right to ask difficult questions of C&RT, but a right to get decent answers too. He should have insisted on getting them.

Someone needs to intervene quickly to sort this one out – but how often have I written that recently about affairs in the North West? This affair has the whiff of the courts about it already, and that won’t mean C&RT recovers any monies that might legitimately be due to it. It means it will lose more.

Steve Haywood is an award-winning current affairs TV producer, journalist and author who has been a boat owner for nearly 40 years