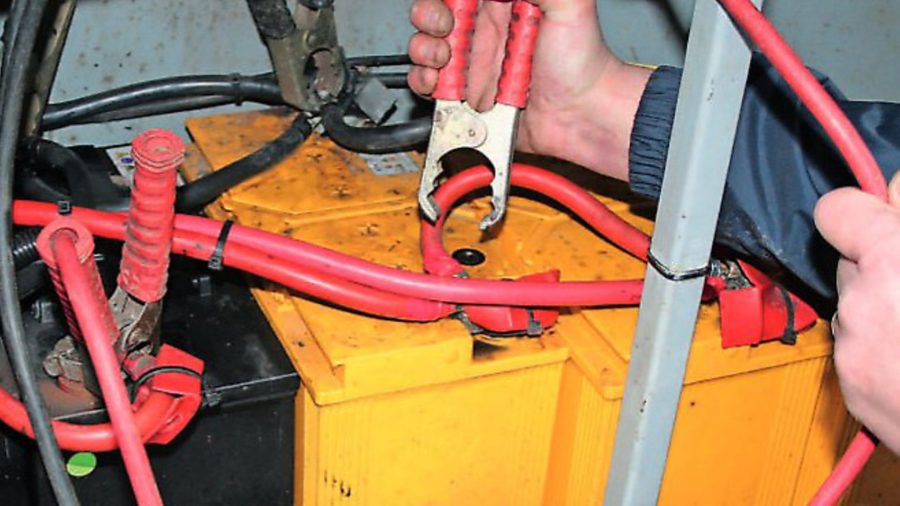 ‘This time, however, I could have got the flywheel spinning like a Catherine wheel and it wouldn’t have made the slightest difference’

It was a bit of a shock, I can tell you. When I pressed the starting button, instead of the throaty thud of my JP3 engine powering into life… there was a barely audible click followed by an ominous silence. Now, in the 25 years we’ve had our boat Justice, I can’t, hand on heart, say we’ve NEVER had problems starting our engine. There was once – ten years ago or so, was it? – when I wasted an hour or so tinkering with the starting motor until Moira, who’d just brought me a cup of tea to bolster my morale, observed that it might work better if I switched on the electricity that made it go.

Then there was that time more recently when I’d got the sound of a click too – but that was just the starting motor sticking and after turning the flywheel by hand, the problem was solved.

This time, however, I could have got the flywheel spinning like a Catherine wheel and it wouldn’t have made the slightest difference. The next time I hit the starting button, there wasn’t even a click. It was patently clear what the trouble was. My starting battery was dead, that was what the trouble was. The battery had snuffed it. It was as lifeless as a deceased parrot. My first response was to be offended because I always feel offended when I have any problems of any sort with the boat engine. That’s because the boat engine and I have an intimate relationship, and its failure to start when I want it to start is not just a breakdown – it’s a breakdown of trust. It’s like your partner deciding they want to sleep in a separate bed.

But then I got thinking about starting batteries, neglected bits of equipment as they are. On most boats they’re tucked away inaccessibly in the bilges or, as in our case, at the back of the engine room covered with boxes of bits that haven’t been opened for years. The bank of three domestic batteries, by way of comparison, sit on their own shelf, high up in the boat, cleaned and cosseted, checked and nursed, as if they were they were concubines in a harem. And what is worse is that most of us, when we come to replace the domestic batteries every three or four years, always ask ourselves whether it’s worth changing the starting battery at the same time.

Because starting batteries don’t get a lot of wear, do they? They start the engine, and… well, that’s it for the rest of the day. They knock off early. Being a starting battery isn’t exactly a hard life, and when there are so many other expenses involved in boating, it’s too easy to put off their replacement for another time. Yet think what it must feel like being a starting battery. Orphaned doesn’t begin to explain the sense of abandonment and rejection they must experience – especially when they see all the care lavished on the batteries in the posh spot further up the boat.

I can’t honestly remember the last time we replaced our starting battery. I think it may have been 12 years ago, but Moira thinks it may have been even longer, though neither of us knows for sure because the poor old thing didn’t even warrant a mention in the log when it first joined us. Its leaving seems like the loss of an old friend.

And talking about the sadness of things that need replacing when they’re broken, it’s been a cheerless experience recently following the ongoing Night of the Long Knives at the Canal & River Trust where a number of top managers have been made redundant or taken early retirement. Some of these have been with the Trust, and before that with its predecessor British Waterways, for decades; some have worked for as long as 40 years and have devoted a lifetime to the waterways.

But it had to happen. Chief Executive Richard Parry has been in post more than three years now, and predictably he has shaped the organisation in his own vision as much by the appointments he has made as the policies he’s pursued. However, this has led to an unjustifiably large and top-heavy management structure that should have been pruned a long time ago. Parry’s attempts to slim the charity from the top down are welcomed, but he should move carefully if he’s thinking of extending redundancies from the office to towpath where staff numbers are already barely sufficient for the job in hand.

Steve Haywood is an award-winning current affairs TV producer, journalist and author who has been a boat owner for nearly 40 years