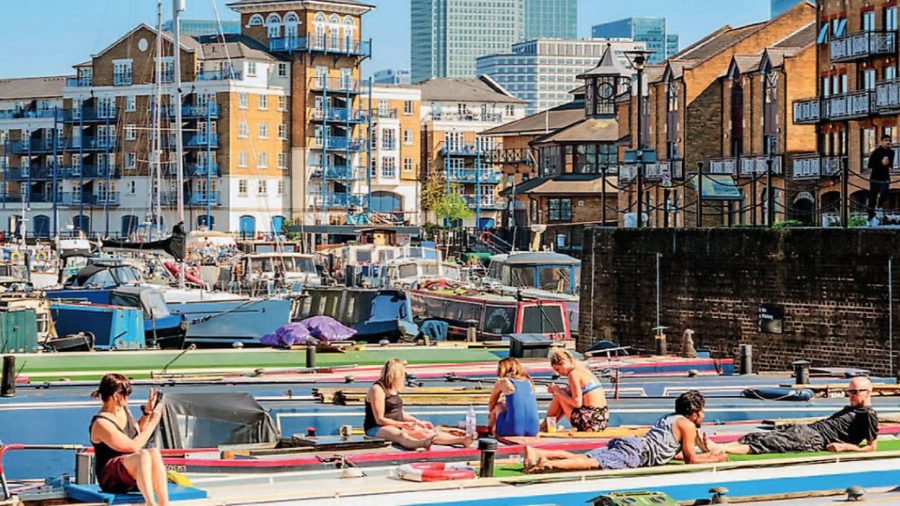 The problem with summer on the canals, even when we have beautiful weather

It seems that whatever the weather, we’re destined to be disappointed. If we go cruising during a normal summer, then we’ll have to endure conditions of rain, wind and temperatures so low they make the British climate an international byword for miserable.

Yet when we get a summer like this one which we’ve fantasised about in our dreams, we’re faced with widespread stoppages and the prospect of even more cruising restrictions in the months ahead as water shortages evident in the North West begin to bite more widely across the rest of the country.

At the time of writing, there are 84 closures and restrictions listed on the Canal & River Trust’s website. And this is on the verge of August, when the kids are out of school; when hire boat bookings are at their height. Of course, it would be wrong to exaggerate the scale of the problem, and internet claims that 11 waterways are ‘closed’ are risible when these same sites are always moaning about the ‘fake news’ they claim is emanating from the CRT.

A more careful reading of the stoppage list shows that many of the hold-ups are short term, caused by a tree over the canal on the North Stratford, or contractors putting up power lines over the Leeds & Liverpool. Some are just restrictions to lock approaches, as at Birstall on the Soar; and others, such as Ranby on the Chesterfield, are for dredging which, surely, no-one in their right mind would object to, and which, anyhow, won’t ‘restrict’ navigation so much as slow it down. Many other listed restrictions, will have been lifted by the time you read this article – though no doubt they’ll be replaced by others: part of the general problem of maintaining a 300-year-old waterways system.

However, there is a more troubling picture that emerges from the stoppage list. No-one can blame CRT for the catastrophic collapse of the embankment which has closed the Middlewich Arm of the Shropshire Union, or the ‘structural failure’ which has led to a major leak near Bollington, closing the Macclesfield. Or at least they can’t until we finally discover the causes, and whether poor maintenance was to blame. Even so, there is evidence of a more deep-seated maintenance problem with regards to the northern canals, and especially the three trans-Pennine routes, two of which were opened to great fanfares a little over a decade ago.

The failure of the Holmes Swing Bridge has cut off the much-heralded route to Liverpool under it’s fabulous ‘Three Graces’ – surely one of the most stunning entrances to a city in the country. It’s been dodgy for years. I was warned of it by locals when I last passed through, and when it was always considered a bit temperamental. Surely someone must have seen this one coming? Someone must have suspected it would eventually give up the ghost?

Similarly with the water supplies across the Leeds and Liverpool, the Rochdale and the Huddersfield Narrow. Okay, this has been one of the hottest summers in recent years – but it was hardly desert conditions over the winter was it, especially in January when it barely seemed to stop raining? I know the history of this and the story of how reservoirs were sold off to Yorkshire Water. But the CRT knows the history too, and you can’t go on regretting the past forever. There comes a point at which those in charge have got to start dealing with conditions as they are, not what they’d want them to be.

The water restrictions between Locks 1 East and 8 East, and the silting at Lock 26 East on the Huddersfield Narrow, to me indicate a canal in crisis. But it has always been in crisis, ever since it was opened after restoration. It is a pig to navigate. That’s why very few boaters bother. In the absence of being able to build new reservoirs, the CRT needs to take the bull by the horns and dredge this pitifully shallow cut as deeply as it can– not to accommodate deep-drafted boats, but for water retention purposes.

Similarly it needs to take a grip of the Leeds and Liverpool, where restrictions at the Bingley Five Rise have achieved nothing. Now the CRT has finally thrown in the towel and closed the section between Wigan and Gargrave where the waterway is at its prettiest. Yes, of course, lack of rainfall and high evaporation rates have compounded the problem, but as many photographs posted on the net testify, the lock gates are still haemorrhaging water.

Closed ‘until further notice’ looks to be the mantra of the season. This is a management problem, not climatic.

Steve Haywood is an award-winning current affairs TV producer, journalist and author who has been a boat owner for more than 40 years