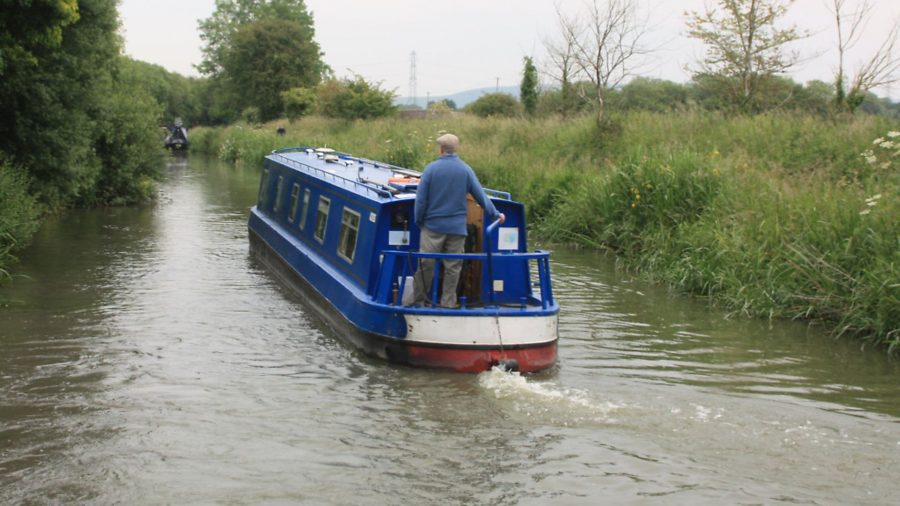 “Today though, expertise is cheap. You have a problem, why go to the bother of puzzling it out for yourself? Go to Facebook. Someone there will help you out.”

A few years back, I was sitting in the cabin reading. It was late summer and dark so it must have been late in the day too. I’d been singlehanding and it hadn’t been particularly pleasant weather. Finally the rain which had been threatening for the previous few hours began to fall with a reassuring rhythm on the boat roof.

At that stage there was a knock on the cabin roof, which as any singlehander moored in an isolated rural spot will recognise, is not the most comforting of sounds. Not that I needed to be concerned. My visitor was a young woman – though for the purposes of this story, which isn’t about gender, she could just as easily have been a bloke.

All she wanted was help. The electricity on her boat moored just around the bend had suddenly cut out. Now I’m no expert in 12V matters, a subject I leave to my friend Phil. All the same, boaters help each other. It is part of our creed. The way it’s been for years. I pulled on a pair of boots and a coat and followed her.

Actually her boat wasn’t ‘just around the bend’ as she’d said – it was nearer a mile and a half away; I checked it afterwards. I checked her electricity too. It took me an hour before to identify the problem. It was a switch on an internal bulkhead. A switch which had been installed to cut off the boat’s electricity.

“Oh, I always wondered what that was for,” she said. “I must have inadvertently knocked it.” I wanted to know how long she’d had the boat. “Oh, three years now, perhaps a bit longer.”

The conversation rankled with me then and it still does years later. The fact is this woman had had the boat for long enough to become competent to handle it alone like me, yet she hadn’t once asked what was the function of a prominently placed switch. It was easier for her when there was a fault with her electricity – and presumably with anything else on her boat too – to let another boater sort it out for her rather than roll up her sleeves and have a go herself.

Though I didn’t know it, this was a sign of the future. Today as newbies flood the cut, they’ve come to depend on the free expertise of other people. Back in the day it was a maxim of the cut that you helped yourself first. People like my mate Phil made himself an expert in boat electrics by a lot of hard work, practical and theoretical.

Today though, expertise is cheap. You have a problem, why go to the bother of puzzling it out for yourself? Go to Facebook. Someone there will help you out.

So routine has this practice become, and so commonplace is it for people to want to demonstrate an expertise that they haven’t got, that today all manner of incompetents are advising other incompetents of the best way of doing everything from replacing a tap washer to fitting a new head gasket. It would be hilarious if it wasn’t so sad.

Worse is that knowing the amount of this duff information floating about on the net, I have noticed a troubling trend developing whereby those requiring expertise have taken to asking – no, demanding – only the very best.

One Facebook poster recently was adamant. “I couldn’t care less about your opinions,” he wrote. “I want advice from fully qualified people.” Now help me out here; am I remembering this wrongly? Wasn’t that the sort of expertise you once used to have to pay for?

The Canal and River Trust’s idea of helping the plastics crisis by getting us all to pick up an item of plastic rubbish every time we visit the cut is a good one. But it just doesn’t go far enough. I’ve long advocated that rather than moan about maintainence, each boat passing under a tree trailing in the water should break off a twig or two. And that every boat mooring should trim the towpath and cut back the hedge to a reasonable state. It could save an awful lot of money.