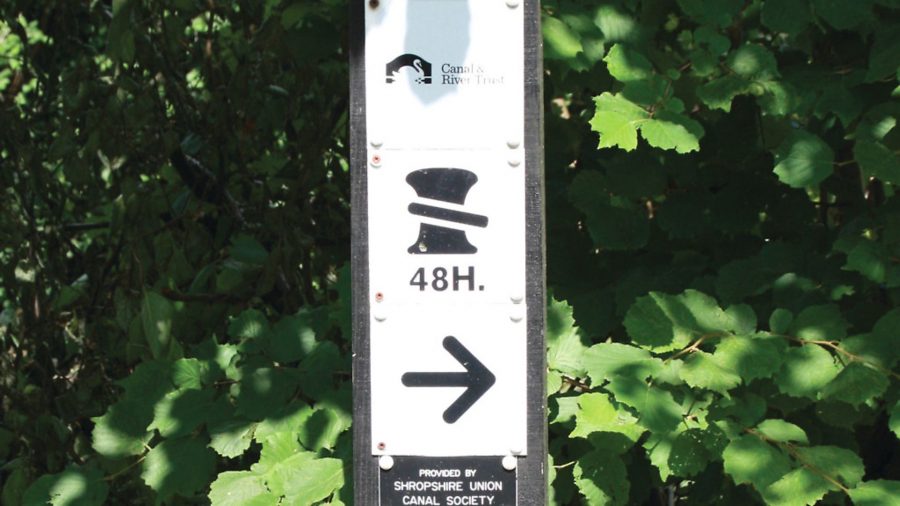 “All weekenders are looking for is a safe place to leave their boat, and surely there are commercial possibilities for marinas to provide this facility”

It’s that time of the year when we start thinking about plans for the summer. It may be cold, dark and miserable outside, but when the sun occasionally bursts through the clouds as it’s been doing recently, it reminds us that spring isn’t far off. Sadly though, for most people who are still working and tied to offices and factories, their options for holiday cruises are limited. They have couple of weeks for a main break, and possibly another later in the year. There just isn’t enough time to venture far afield so they finish up on the same local canals they did last year and the year before that. The limiting factor, of course, is the need to get back to home moorings.

But it doesn’t have to be like this, and there are those intrepid souls who quit their base in the spring and only come back to it in the autumn, travelling the country by ‘weekending’ – that is, by leaving their boats when and where they can get temporary moorings, and moving on a week or two later. But it’s not easy moving about like this. The Association of Waterways Cruising Clubs (AWCC) makes some berths available to members of affiliated clubs by prior appointment, but space is limited. Sometimes, in the absence of anything better, weekending involves taking a risk – leaving your boat in locations where it may not be entirely safe.

Em and I travelled the system widely in the 1970s and 80s this way, but in those days it was less challenging than today. Boats weren’t kitted out to the same sophisticated spec as they are now. They barely had lights, let along the range of TVs, videos, computers and the rest which is almost standard on contemporary boats now. Thieves didn’t target boats in those days because there was nothing on board worth stealing. Today, regrettably, they’ve wised up.

It was safer anyhow then because you could always leave your boat in locations which were relatively secure: adjacent to houses, or on towpaths close to villages where there was a regular, reassuring passage of local dog walkers who’d keep an eye on things for you. Today, these moorings will invariably be limited to 48 hours, and if you’re looking for something longer you’ll be forced to the peripheries, to the dark edges of the countryside, beyond mooring restrictions. To just the sort of places where the thieves thrive, in fact.

Back in the day, if all else failed you could slip into a marina where, if they charged you at all, they’d find a place for you somewhere for a few quid a week. Today marinas are so full, and the rules governing who can stay there so strict, that it’s hardly worth trying. Besides, if you do manage to get a temporary mooring in one, it’ll be expensive – eye-wateringly so in some of these posh, new places which seem to be more about status than boating.

It’s difficult to know what the Canal & River Trust can do to encourage weekending, even though it would be in its interests to do so. Encouraging boats to undertake longer, more adventurous cruises would encourage the use of lesser used waterways, and at the same time relieve the pressure on some of the Midlands’ hot spots. But any scheme to limit moorings to a particular type of boater would be unfeasible. And unpopular. And it would bound to be abused by this new breed of boater that believes rules apply to everyone else except them.

The answer has to lie with a change in the culture of marinas. Surely it can’t be beyond the wit of those operating them to organise some basic national moorings exchange system for boats on the move? Wouldn’t it be an incentive to their customers to be part of a scheme which allowed them to stay temporarily at other marinas when they were on longer cruises?

Additionally, why can’t marinas recognise the commercial possibilities of providing inexpensive temporary moorings for travelling boats, regardless of whether they moor in marinas or not? Why can’t they offer the basic facilities which weekenders are looking for? This ISN’T cafes, BBQ, chandleries and on-site washing machines which are the sort of services that attract long term moorers. All weekenders are looking for is a safe place to leave their boat, and surely there are commercial possibilities for marinas to provide this facility. They could cram boats together like sardines in the least attractive parts of the marina behind the toilet block or the paint shop. The fact is, weekenders won’t complain. They aren’t going to spend a lot of time in these berths and the fripperies won’t bother them.