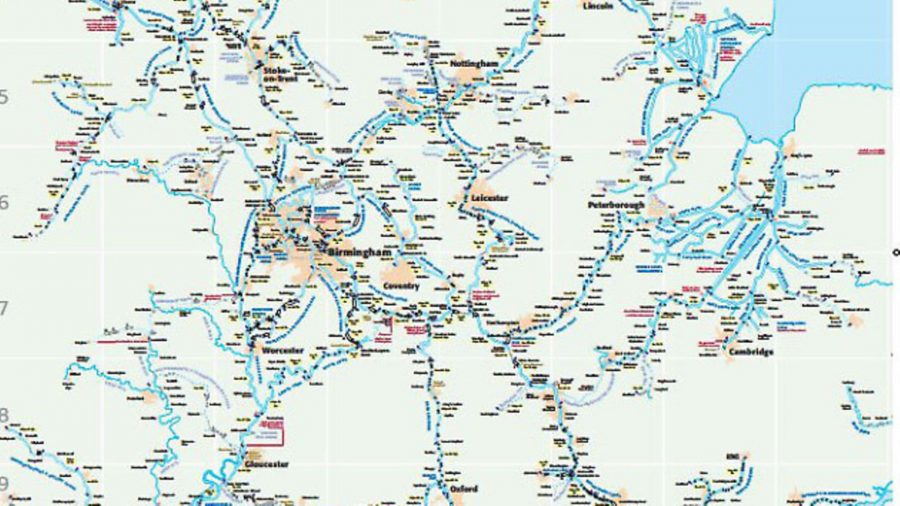 They say the digital revolution is threatening to kill of paper-based maps, but we don’t believe that – which is why we’ve just produced a brand new, colourful countrywide Map of the Inland Waterways.

The updated Canal Boat and The Tillergraph Map of the Inland Waterways has full coverage of all of Britain’s canals, including newly opened routes such as the Droitwich canals and the start of the Fens Link.

It also includes cruising times between key points, enabling you to plan your boating with ease. Locks and tunnels are marked – even on derelict canals and those under restoration.

The generous 1:500,000 scale and compact, double-sided 835mm x 595mm, design also make it the perfect wall map. The main canal system of England and Wales is featured on one side, with the isolated waterways of the South Coast, East Anglia and Scotland on the other – plus there’s a special enlargement of the Birmingham Canal Navigations.

Published by Canal Boat magazine, and priced at £4.99 with £1 of each sale going to the Canal & River Trust, it’s the most detailed map of the waterway system and a complete map for all boaters and waterway enthusiasts. To buy a copy simply call 0118 989 7243.