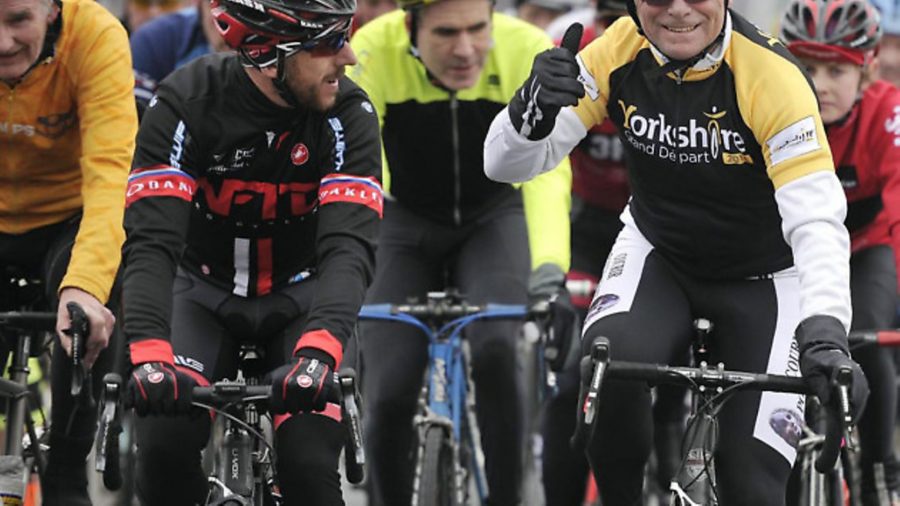 The Tour de France is coming to England. We show you where you can catch cycling’s biggest spectacle by waterway – from the Grand Départ in Leeds to its entrance to London

Mention high-speed cycling in connection with the canals, and you’re likely to get (at best) a grumpy response from many boaters. But this year there’s a way of combining the two which isn’t going to upset other towpath users – because the Tour de France is coming to England.

The Grand Départ – the start of the race – will take place in Yorkshire and, with many roads closed, the waterways and towpaths will come into their own for getting around and being one of the best ways to see the sporting spectacle. So we’ve put together this guide to help those of you planning a trip to watch the Tour to choose your best vantage point.

The Tour begins in Leeds on Saturday 5 July so, right at the very start, you can catch up with it by waterway – the junction of the Aire & Calder and the Leeds & Liverpool is just half a mile from where it all begins on the Headrow in the city centre. Don’t expect to see any competitive cycling, though: the first  few miles take the form a grand parade, with the racing starting in earnest as the riders leave Harewood Estate to the north of the city. For some racing action, head instead for Skipton where Stage One runs right through the town, passing within 200 yards of the Leeds & Liverpool main line, and crossing over the Springs Branch at Mill Bridge.

The Tour then heads out north into the Yorkshire Dales, passing Hawes and Leyburn – which might make for great cycle racing, but doesn’t take it anywhere near navigable water. The next waterways port of call is Ripon: the tour skirts the north and east sides of the city, but crosses the Ripon Canal on the modern Ripon Bypass Bridge just quarter of a mile from the canal’s terminal basin. That’s it for waterways on Stage One, which continues south to end at Harrogate.

Stage Two on Sunday 6 July again starts in a city with good waterways connections: York, on the navigable Yorkshire Ouse. The route begins at the Nunthorpe racecourse before passing through the city, crossing the river twice via Skeldergate Bridge and Clifton Bridge. As with Stage One, the first few miles including both river crossings take the form of a parade, with racing resumed to the north west of York.

Heading west through Harrogate, the Tour renews its acquaintance with the Leeds & Liverpool Canal at Silsden. It cuts through the village from north to south on the A6034, crossing the canal at Bridge 191A Silsden Bridge before turning east to run roughly parallel to the waterway as far as Keighley.

The next few miles are of more interest to steam railway fans than canal enthusiasts as the Tour follows the Worth Valley line on its way south.

The Rochdale Canal runs through Hebden Bridge, and so does the Tour, with their routes running side-by-side as the riders take the A646 heading eastwards out of town, crossing the waterway via the tunnel-like concrete Falling Royd Bridge 14. Road and canal continue side-by-side past the former clog factory, before they diverge on the approach to Mytholmroyd and the Tour turns southwards to climb onto the moors again.

Descending into the Calder Valley, the route approaches within half a mile of the Calder & Hebble Navigation near Elland, but the lack of a river crossing makes it less suitable for arriving by water.

There are no such problems at Huddersfield, however, where the Stage Two route skirts the west side of the town before heading south on the A616 and crossing the Huddersfield Narrow Canal on Chapel Hill Road Bridge 23 – right next to where the canal was remodelled in 2012, including a brand new Lock 3E as a centrepiece for the new university campus. There’s another trip across the moors, and even (whisper it) a brief foray to the non-Yorkshire side of the Pennines, before the finale of Stage Two in Sheffield. Winding their way around the north side of the city, the riders will arrive at the finishing line a couple of miles out of the centre – and very handy for the top of Tinsley Locks on the Sheffield & South Yorkshire Navigation.

That’s the end of the race in Yorkshire, but there’s a third British stage on Monday 7 July before the race heads across the Channel for its homeland. Stage Three begins in Cambridge, once again a city with a waterways connection, and once again with a parade through the city (coming within a few hundred yards of the summer limit for powered craft by Jesus Green) before resuming racing on the outskirts.

The route manages to avoid contact with navigable waterways (what a shame they never built the London & Cambridge Canal!) until it enters the outskirts of London. However, it makes up for this omission with a route into the capital which skirts the Lee Navigation near the Olympic Park, crosses the bridge between the Victoria and Albert docks, crosses Bow Creek via the Lower Lee Crossing bridge, tunnels under Limehouse Basin using the Limehouse Link Road (presumably the Tour is exempt from the ‘no cycling’ rule!) and finishes with a flourish by sweeping into the West End along the Victoria Embankment before turning away from the Thames to end in The Mall.

This, of course, isn’t the end. The Tour will see many waterways on its journey around France – and we could give details for our French readers. But we feel that telling the French how to watch a bike race might be just a little bit like telling grand-mère how to suck oeufs!