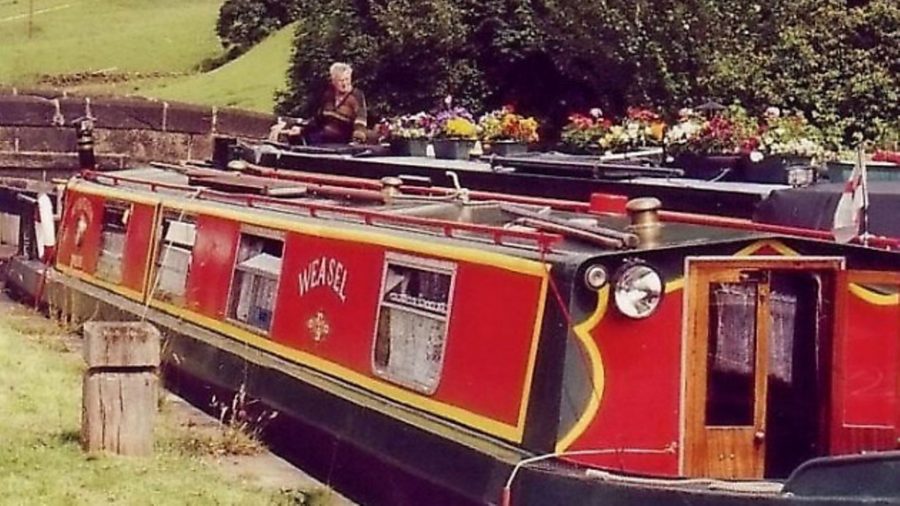 After many shorter cruises, Ken and his wife Liz rented out their home, moved aboard their boat and went exploring around the UK for six years

My love of canals started very early in my life. I was six years old, the war was well advanced and, to keep me safe from the bombing, I was sent to a boarding school in Surrey. Holidays were spent with various relations and my favourite was my Aunt Nelly who lived in Kinver, Staffordshire.

She lived quite near to the Staffs & Worcs Canal and I spent many happy hours fishing. One day a canal boat passed by and, wanting a change from fishing, I helped them in the lock and asked if I could have a lift. The two boat men made me very welcome and even allowed me to steer and share their lunch.

Wanting to get back home for dinner, I got off at the next lock and hitched a lift back to Kinver. Hitching lifts up and down the canal became my main pastime. The canal boat crews got to know me well and called me their cabin boy.

The years passed, peace was declared and I got more and more involved with water pastimes. Rowing at school, sailing in the holidays and, when my father bought a cruiser named Lady Vagrant, I got to know the Thames very well.

More years passed and I got married. With some difficulty, I persuaded my wife to consider buying a canal boat. We saw many narrowboats but none seemed suitable. Then we came across an old Springer. a four-berth with a Lister SR2 engine. A friend advised us to have an out-of-water survey and that revealed a very thin hull. The surveyor pointed out that no insurance company would cover a boat in this state because a slight bang in the wrong place could sink it. We got a quote from the boatyard to replate the hull and knocked that off the asking price. The sale was agreed and we became the proud owners of a 45ft narrowboat named Weasel.

The name puzzled us. We had seen many boats with nice names like Owl or Badger, even Serendipity, but Weaselseemed a bit unfriendly. The surveyor said is was very unlucky to change a boat’s name when she was out of the water, so we kept the name. Later we discovered one theory on the name – it was from the old Victorian rhyme: “Half a pound of tuppenny rice, half a pound of treacle, that’s the way the money goes, pop goes the weasel.” A weasel was the name of a working man’s savings jar. If you popped the weasel, you had spent all your money.

Weeks later, all the repairs were completed and we were ready to start our first voyage of adventure. We had a mooring booked at a marina in Uxbridge, so we enlisted two friends as crew, stocked up with food, wine and beer, and set off.

The exit from the marina was quite narrow and angled. I increased the revs – and in no time, we hit the opposite bank. Lesson number one: slow down if you are attempting a complicated manoeuvre.

Steering Weasel was very different from a motor cruiser but one very quickly adapted. As we lived in Guildford, we tried to get a mooring on the River Wey but there was a waiting list. We did a short cruise from Uxbridge and got on really well. Being a Springer, it had a shallow keel which made it easy to steer and very stable.

One day someone rang from the River Wey office to say a mooring was free – we took it on the spot and arranged for our friends to help us take Weaseldown the Grand Union on to the Thames as far as Shepperton Lock and so on to the River Wey. The mooring was at Pyrford just above the lock, next to a golf course and with a pub nearby.

We cruised up and down the river and sometimes on to the Thames but we soon got a bit bored with that. This prompted us to decide on longer cruises, using the Wey mooring as a winter base. The decision was made but the start was delayed because the Thames was in flood. So we went up the Wey to Byfleet and then on to the Basingstoke.

Eventually the Thames was opened and we headed back towards Shepperton. A passing boat warned us to look out for logs. We assumed he meant fire-size logs but, as we approached the weir, a whole tree descended on us and clouted the stern. The engine cut out and we had no steerage. I thought we had lost the prop but then realised that my reflex action on seeing the log had been to turn the engine off.

We cruised up the Thames to Lechlade and, although the river was flowing very fast, Weaselperformed perfectly. On our return journey, we made a momentous decision – we would retire a bit early. We would allow a whole year to cruise as many canals as possible, starting with the Kennet & Avon. Next we cruised the Oxford and the Grand Union.

Many funny incidents occurred in our travels. At one bend, a motor cruiser approached and the man on the wheel kept waving his arm as if to say “move over”. As we approached, I very politely pointed out that I did not understand his signal. “Signal, what signal,” he said. “That was no signal, I was swatting flies.”

We often came to the rescue of hire boats. One lady going up in a lock had left the bottom lock paddle open and then opened the top paddle. She wondered why the lock wasn’t filling.One of the nice things about cruising was the children walking along the towpath. They took great delight in waving to every boat that went past. One day we found a swingbridge that would not move. By chance, the local rugby team were doing a training run and offered to help. They sorted the problem nicely.

Our allocated year was coming to an end. We had really enjoyed the experience…why not carry on for another year? We found a good marina for the winter and decided to live aboard until the next spring. We rented the house in Guildford and very quickly adapted to living permanently on Weasel.

Well, one year stretched into two and we decided to become permanent cruisers. We lived on Weasel for six years. Each year we would start cruising in March and continue to November. Over six years we travelled 6,556 miles, went through 3,827 locks, 514 swing/lift bridges and 144 tunnels. But we’ve no record of our beer consumption!

We did not do the Lancaster or the tidal Trent because our Lister engine was not powerful enough. But one thing we can say for certain – we would do it all again.

If you’ve had similar adventures, why not get in contact with editor@canalboat.co.uk. We pay £100 for  every story used.