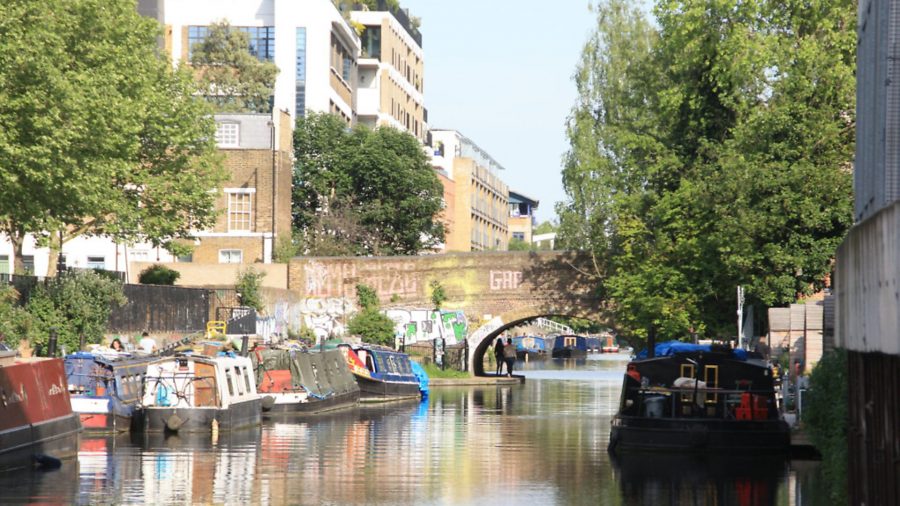 Steve Haywood fights the corner for more diversity in boating

The first time I went by boat to the Fairport Convention festival at Cropredy on the Oxford Canal was almost 40 years ago. My friend Ian and his wife Susie travelled with Moira and me in convoy from Banbury late one Friday afternoon. In those days the festival was a two day affair, not the three days it had become; and as we rounded the bend bordering the hill on which it takes place we could already hear the sound of the opening acts of the evening echoing across the undulating Oxfordshire countryside. We moored our boats and were soon stretched out on the grass at the festival arena.

You couldn’t do that nowadays. Quite apart from the fact that the Cropredy festival has turned into a ‘deckchair’ event where no-one sits on the grass any longer, it’s also as much a boat as a music event. Craft – many of them trading boats – line the towpath, bow to stern, virtually the whole of the three miles or so between Appletree and Slatt’s Mill locks. Some boats moor in Banbury, their crews travelling to the site using taxis and the festival bus. The newly-built marina where the crews of moored boats often stay for the duration, adds another waterways dimension to the whole affair. To stay on a boat during the festival in this day and age requires planning of almost military precision: you need to stake a claim to your mooring months ahead.

Even so, despite the inconveniences, I’d advise anyone who hasn’t been to the festival to give it a go – as much to get a sense of the diversity of people on the cut as to listen to the music. The canals are often seen by those looking at them from outside as pale, male and stale, and as a fully paid-up member of that club myself, I can see what they’re getting at. To be honest, I sometimes feel that there are too many men like me on the water. We are always, habitually, the ones at the tiller. Many of us are retired, and if we have hair at all, it’s invariably some colour between silver grey and ash white.

Cropredy during the festival is a different world though. Since so many boaters nowadays are reluctant to visit London, a trip to the festival at least gives you a chance to get some sense of the young who are currently being drawn in numbers to the canals; and mingling with these more youthful boaters you realise that just because they haven’t got a coachwork-finish livery on their craft (preferring instead roofs cluttered with bags of coal and rusty bric-a-brac) they are, even so, really nice people.

There are a lot of women among them too, some of them singlehandedly crewing full-length traditional boats which they wind without a thought. Some of them are black as well. Some are even black AND women.

Now, forgive me if I am sceptical at the Canal and River Trust’s attempts to butter up the government into extending its grant by trying to pass itself off as some sort of arm of the NHS, dedicated to the health of the nation. It all sounds dreadfully manufactured to me, like someone giving you a sob story on the street before, inevitably, hitting you for cash. However, I think there are ways that C&RT could more successfully sell the canals as a national resource, and I think they’re missing a trick not doing it.

One of these ways is by encouraging and celebrating diversity on the waterways, though to do this would mean making a real effort to foster it because outside of Cropredy and a few urban enclaves there is no real evidence that it exists. In other words, as it stands at the moment, C&RT is vulnerable to arguments that the significant amount of public money which is going to the canals is subsidizing a small, very narrow based and – dare I say it? – very privileged group of society.

The Trust needs to broaden its base; it is just not doing enough to attract different sorts of people to the canals. I commend it for the way it’s stood firm again demands by, among others, the Inland Waterways Association, to effectively ‘cleanse’ the canals by clearing out the young from London’s waterways. But it needs to do more yet, and this can’t be achieved by crossing the corporate fingers and hoping that excluded groups somehow find the canals unassisted. It needs to be proactive and go out and find potential new customers. Where are the features about canals in magazines catering for women, the young and minority ethnic communities? Where is the evidence that it is targeting these groups? Where is the evidence that it is even discussing the issue, or even aware of it…?

Steve Haywood is an award-winning current affairs TV producer, journalist and author who has been a boat owner for more than 40 years